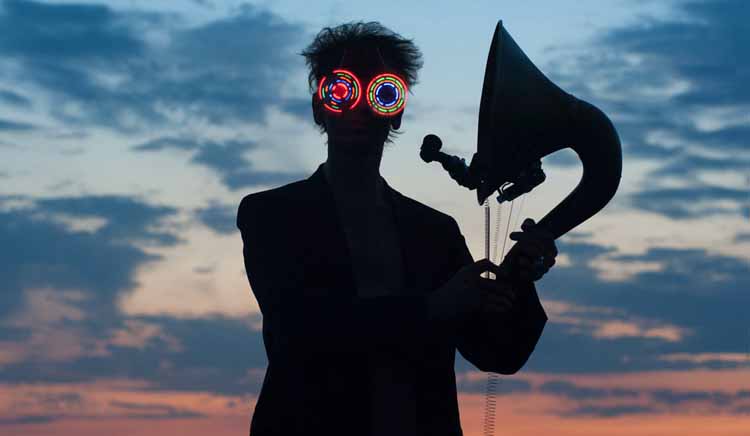 Thomas Truax is not of this earth…

We are delighted to announce that Thomas Truax will host our 37th Anniversary Party at The Adelphi on 1st October 2021. This will be a ticketed event – £6
https://www.theadelphi.com/events/the-adelphi-37th-birthday-party-special-guest-thomas-truax/

For those not acquainted, Thomas Truax is an American singer/musician, inventor and multi-media artist.

One of the most imaginative characters on the pop music fringe, since the year 2000 Thomas has been traveling the world performing with his evolving “band” of bizarre self-made Harry Partch-esque instruments including a motorized drum machine made of bike wheels called ‘Mother Superior’ and a pimped-up Dr. Seuss-ian Gramophone called ‘The Hornicator’, as well as his venerable resonator guitar ‘Hank’. Time Out magazine has dubbed him “The king of home-made instruments” while Splendid magazine called him “one of the five or ten best singer/songwriters in the world that you’ve never heard of…an exceptional talent, unique and resistant to comparison, yet fairly accessible even to casual listeners.”

Born in Denver, Colorado, as a young boy Thomas attempted to build a synthesizer out of an old radio. He put on magic shows and made stop-motion animated films with a Super 8 camera. He later studied film making at NYU.

In his “day job years” he did time as an animator for MTV‘s hit series ‘Celebrity Deathmatch’ and Cartoon Network’s ‘Robot Chicken’. He “ran away with” the Toby Tyler Circus in Florida for a spell (as a billposter) before deciding he might benefit more by hanging flyers for his own act back in New York City.

His rock band Like Wow toured and released several well-received albums in the 90s, but Thomas eventually grew frustrated with typical band problems (such as a rotating lineup of drummers). He finally decided to build his own motorized mechanical drummer and ‘go solo’. He hasn’t looked back since.

A stubborn DIY enthusiast, he self-released his debut full-length solo CD ‘Full Moon Over Wowtown’ on his own Psychoteddy label in 2002. It was later snatched up by London-based Breakin’ Beats for release in the UK and Europe. Numerous singles, compilations and eight other albums have followed on various labels including SL Records, Homesleep and Blang. Among these releases are an original score for a major German stage production of ‘Peer Gynt’ (by award-winning director Kay Voges), and – inspired by a meeting with director David Lynch – a highly-rated covers album ‘Songs From The Films Of David Lynch’.

Wowtown is a surreal place from which some of the characters and events in Thomas’s songs originate. He’s been writing The Wowtown News, which usually appears in the form of bite-sized missives or surreal weather updates at the end of his email newsletters which he sends to a long list of faithful subscribers, for over 20 years. An audio series of The Wowtown News ran on Resonance FM Radio (UK) starting in 2003. These episodes were later released as Podcasts. Thomas is currently compiling a selection of these stories to be released as a book.

Loved by The Adelphi, an evening with Thomas Truax is an opportunity not to be missed. 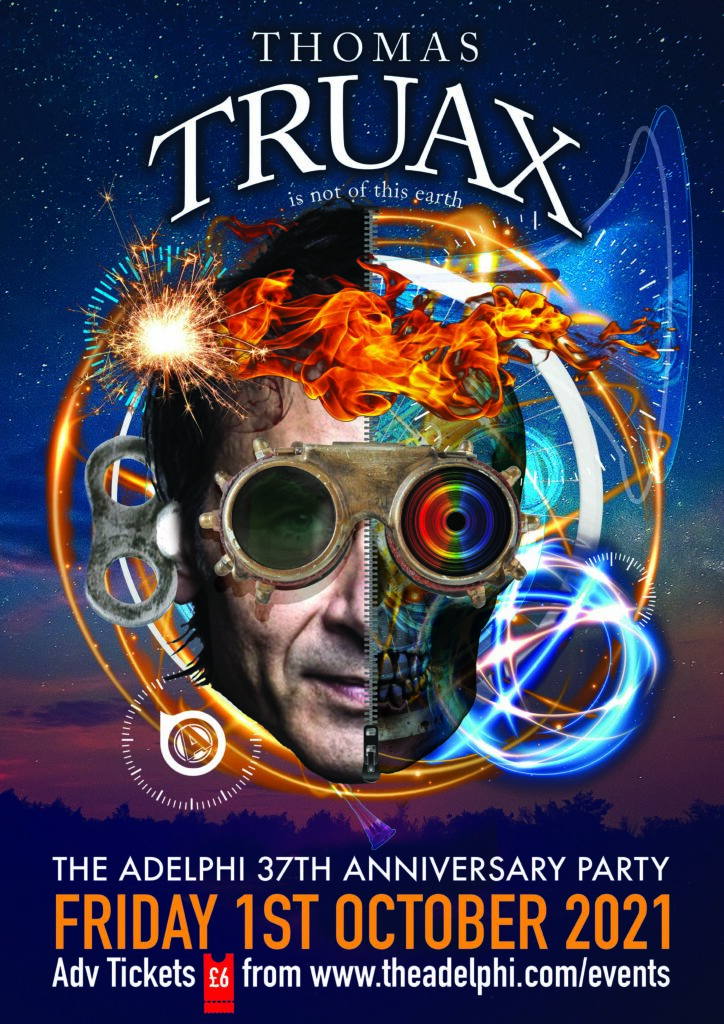