In Sept/Oct 2014 Hull’s New Adelphi Club celebrated its 30th Anniversary. A week of special events were organised to mark this moment in the history of this famous venue.

This 20 minute film captures ONE NIGHT of music at Hull’s New Adelphi Club on 15th Feb 2018. The film contains live footage from BEINGS, MARTHA HILL, and HAMELL ON TRIAL. This specific evening was particularly significant as the new status of this legendary music venue was revealed to the public. The club is now a Community Interest Company which may help secure funding that will ensure that the Adelphi will continue to offer quality independent music to the people of Hull. A film by Mark Richardson.

They are the venues that help keep live music alive and provide a platform for the next big things to hone their trade. Now, during Independent Venue Week, we speak to the owner of Hull’s legendary Adelphi club to see why live music still matters.

A short film by Mark Richardson.

Jarvis Cocker at The Adelphi Hull 2009

Filmed in 2009 and voiced by Eddie Smith (The Gargoyles) & Hugh Whittaker (The Gargoyles & Housemartins) to celebrate the 25 year anniversary through a week long exhibition in the Ferens Art Gallery, Hull. Written by Chris Dimmack. Kinetic Typography Mike Tierney.

Filmed in 2008 by the Hull College media department as a short introduction to The Adelphi. 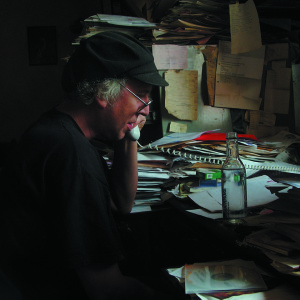 All demos to be delivered to: