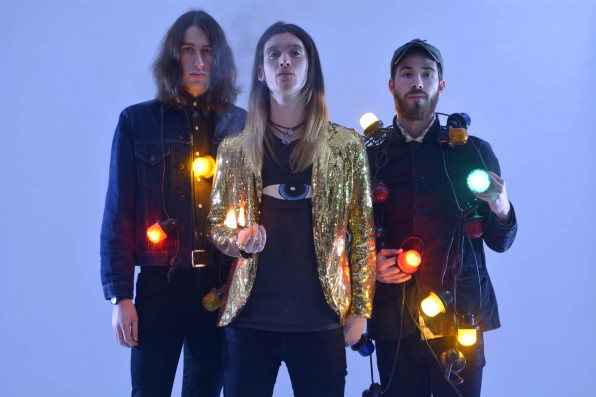 Man Made have been busy. They’ve just completed their first UK tour, recorded a session for the BBC at Maida Vale, played in front of their biggest audience ever supporting Jake Bugg recently and have had a residency in their hometown in Manchester at Night & Day Café. So plenty for them to talk about them when Louder Than War’s Josh Nicol caught up with them recently.

It may be too obvious to linger on the topic of frontman, Nile Marr’s quite blatant musical heritage, but the 22-year-old son of the ex-Smiths guitarist is creating an end product far away from what you would necessarily expect. Heavily influenced by bands from his time in the US as a teenager, artists such as Fugazi, Elliot Smith and Modest Mouse mean more to Marr than any Manchester musician you’d typically attribute to the city’s culture.

“When I was a kid, the only record I had was ‘Desire’ by Bob Dylan.” says Nile, “That was pretty much the only thing I used to listen to until I was a teenager when we moved. I was suddenly shown guitar playing, bands like Built To Spill, Fugazi and Modest Mouse and this whole different way of working I’d never seen before.” Marr humorously calls this certain period of a person’s life the “sponge years” elaborating and explaining it as “the sort of years where you start to figure out what’s cool.”

The band was initially formed as Marr’s solo project, a way of him to test out the strength of his song-writing without any distractions of any other added elements. As the band progressed, Scott Strange was added to the line-up on drums and Callum Rogers was scooped from other bands based on the fact he “looked cool”. Luckily he provided that vital added element, completing the three-piece on bass and adding a heavy, primitive tone to balance out Nile Marr’s melodic ability.

“I listened to a lot of Pacific Northwest artists, and Fugazi are an East Coast band, but the bands they inspired I was suddenly around. And Modest Mouse were a big one, Built To Spill were a big one and Elliot Smith was a massive deal when I was still doing acoustic stuff. And it was the way they used guitars. I’d never heard anything like it. And the way it was music based around guitars. With Fugazi it was the most interesting use of two guitars I’d heard and have still heard. With Modest Mouse it was like nothing else I’d come across before. As a kid it just blew my mind, taking it all in. This is what I think music is, this is what I wanted do.”

His father would later join one of his favourite bands, Modest Mouse for their last record, ‘We Were Dead Before the Ship Even Sank’, “I knew Modest Mouse before my dad joined. And I remember when he got the call asking to join the band. And he was like ‘I’ve been asked to join this band, Modest Mouse’ and I was like ‘Wait!’ and played him loads of records. It wasn’t like I introduced him to them, but I gave him a very hard nudge and said ‘You should do it’.”

Man Made are a product of the current state of the 21st Century music industry. There’s a certain attitude a band needs to have to be successful in the industry at present and they seem to have at big portion of that assertiveness and determination. Marr talks vehemently and with frustration about the lack of all-ages gigs, “For me, if there are kids that want to come see us, even if it means pulling them through the dressing room window, I will aim to do that, because I think it’s ridiculous.“

Louder Than War Interview: Man Made 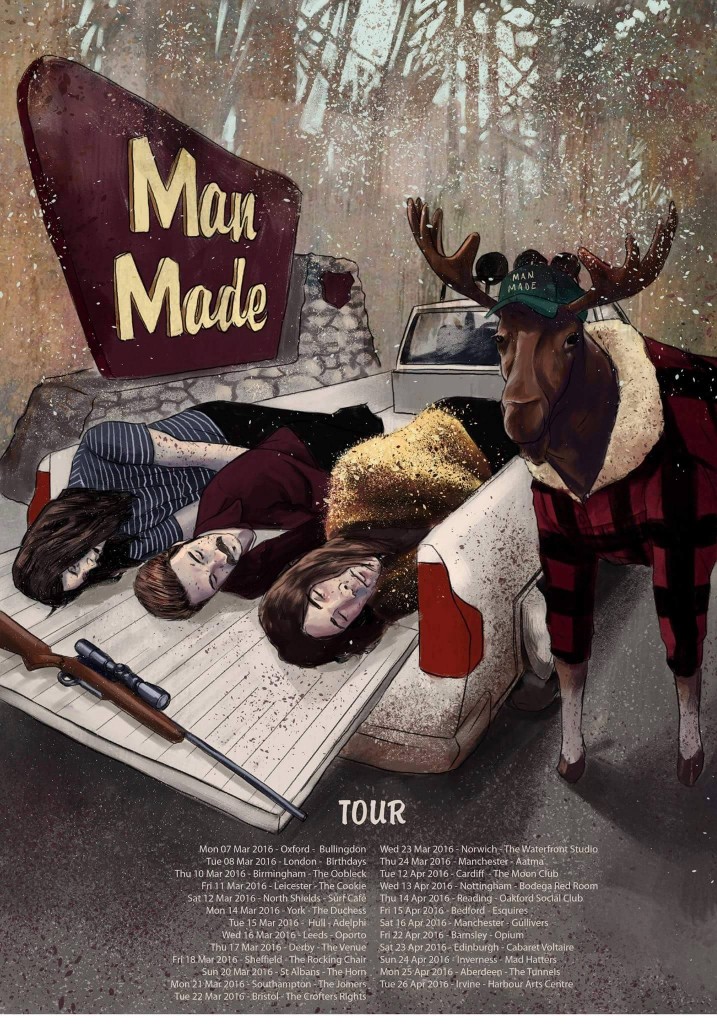