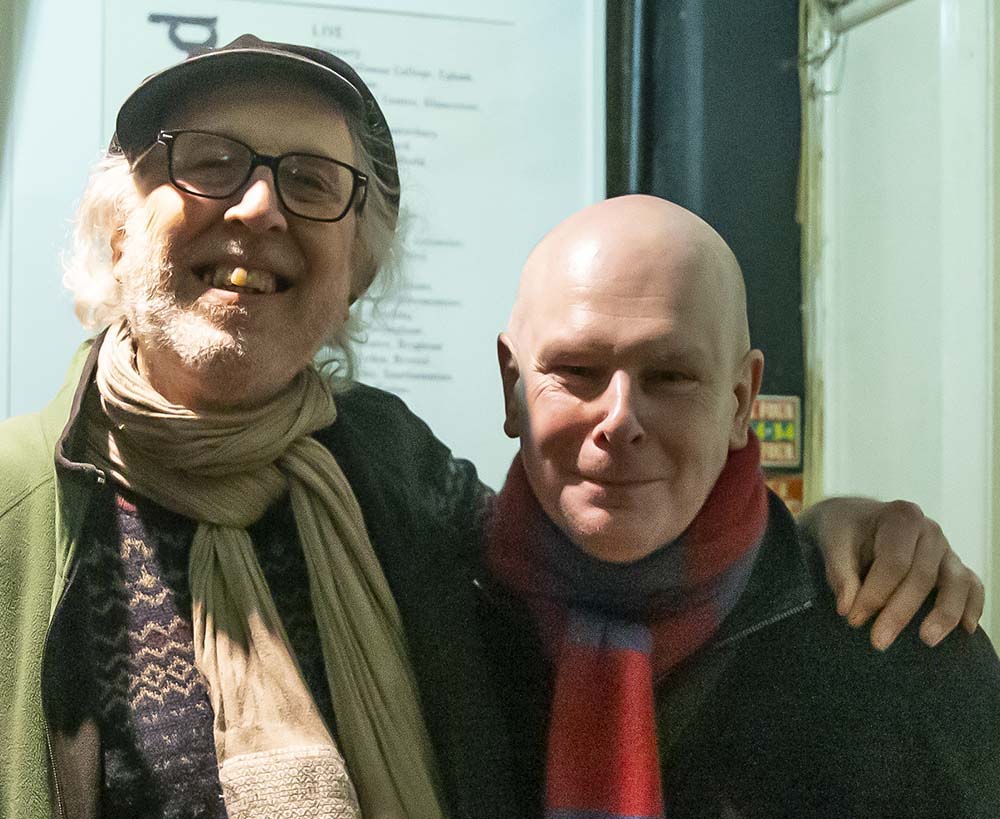 The Self Preservation Society

What a fantastic way to end Independent Venue Week 2019. We are delighted to announce that Radiohead’s Philip Selway has become a Patron of The New Adelphi Club in Hull. Philip was filming at the club on Friday for a new documentary as part of the national event Independent Venue Week 2019. He joins a list of esteemed patrons of The Adelphi including Jarvis Cocker, Paul Heaton, Jeffrey Lewis and Ed Hamell, acting as champions of grass roots music venues. Radiohead played at the club twice on their way to worldwide success, firstly promoting their ‘Drill E.P.’ on Sunday 31st May 1992 and then ‘Anyone Can Play Guitar’ on Thursday 25th February 1993. The rest, they say, is history… 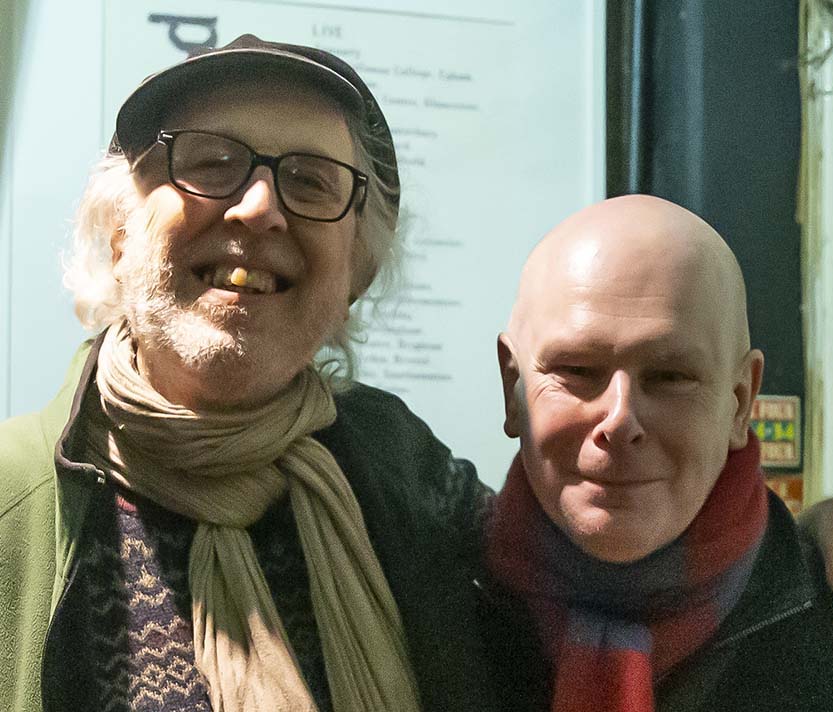 Adelphi owner, Paul Jackson commented “Radiohead feature highly within the vast library of my Adelphi memories. They really were one of the nicest, most humble and intelligent bands I worked with at the time. They were also: as they still are: a stunning band, both live, and in the studio, and I told Phil he should be very proud of his career. So my memories are of great shows, good conversation and the post gig beers in the presence of good people: not to mention incredibly talented musicians. There was also the relationship with Kingmaker, kindled under the roof of The Adelphi, along with the Travelodge experience with fans of The Chippendales. How we laughed.

Great to meet Phil again on Friday and great to see him using his intelligence and getting behind things that matter. (And I don’t mean just The Adelphi) I’m sure all the band are doing the same and I feel privileged to have played my tiny part in the careers of both Phil and the other band members.”

Independent Venue Week was a 7-day celebration of small music venues around the country and a nod to the people that own, run and work in them, week in, week out. These venues give artists their first experience of playing live in front of an audience and for fans, somewhere to get up close to artists that one day, may well be playing stadiums and festival main stages. Supported using public funding by Arts Council England in the UK and also the wider music industry and brands globally, Independent Venue Week brings together these venues along with breaking and established artists, promoters, labels, media, bloggers and tastemakers to create a nationwide series of gigs.

The Adelphi witnessed an amazing week of shows during Independent Venue Week. Public Service Broadcasting lifted (the roof) off with a sell-out performance on Monday. They had recently sold out The Royal Albert Hall in under two hours. The wonderful Sound of the Sirens delivered a foot stomping folk/rock show on Tuesday followed by Adelphi favourite Rozi Plain promoting her new album on Thursday. BBC1 Xtra trucks and the Yorkshire Tea van filled the car park on Friday for a live broadcast of Mercury Prize nominated grime poster boy ‘Novelist’. Festival favourites, Matilda’s Scoundrels rounded off the week. All these shows gave highly talented local artists the opportunity to perform including Kitty VR, The Quicksilver Kings, Evie Barrard, Crooked Weather, Chiedu Oraka, Pat Butcher and Henrietta Lacks.

IVW Team Member Stewart Baxter added ” Radiohead are a band that have always been in my life somehow, and as a drummer myself I have always admired Phillips work. It’s always a scary thing to meet your idols, but Phillip is remarkably kind and humble and it was clear this is a guy who cares about doing the right thing.” 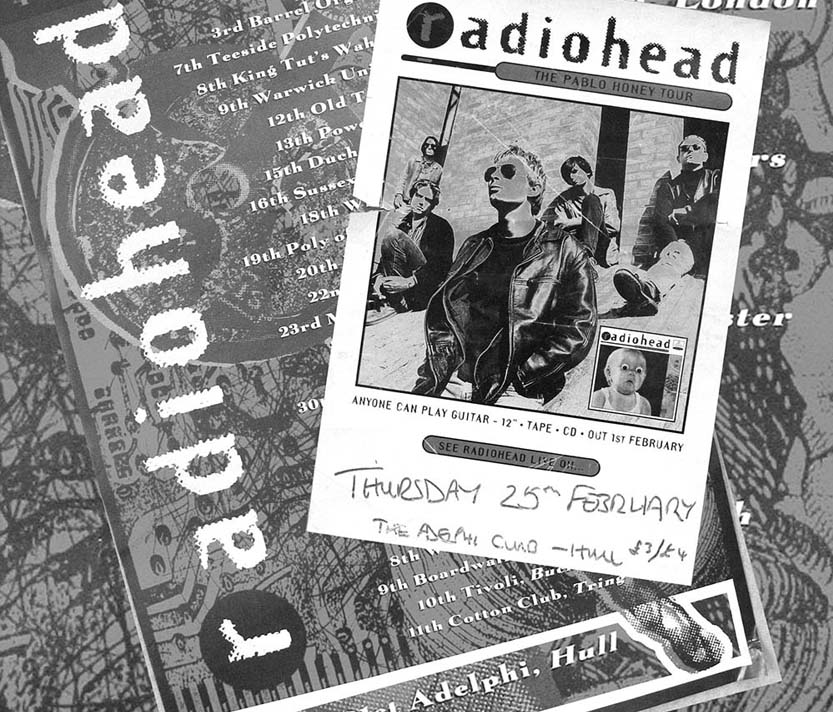 >>Radiohead played at The Adelphi Club twice on their way to worldwide success. Yes, the poster does say £3! 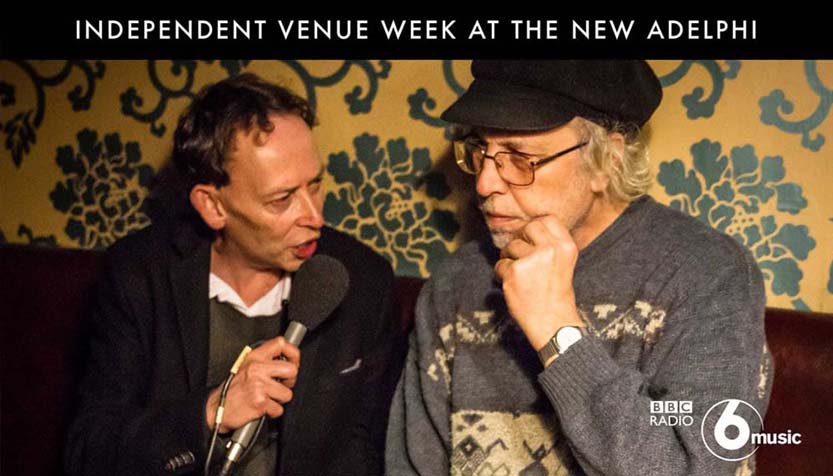 What’s next at The Adelphi? February begins with a very diverse and eclectic offer. There’s something for everyone this week, from Country and Americana (Carson McHone), 80’s pop sensation (Tiffany) who set a record as the youngest female artist to top the US Billboard charts with her debut album and has sold over 15 million records throughout her career. There’s the highly recommended magical experimental heavy metal collective on Wednesday (Wrekmeister Harmonies), local rising indie sensation (The Vida Cult), rap, trap and grim (Cameo Brooks) and grime, funk and garage (Calm Stiege). And there’s still time for ‘Beans on Toast’ next week.