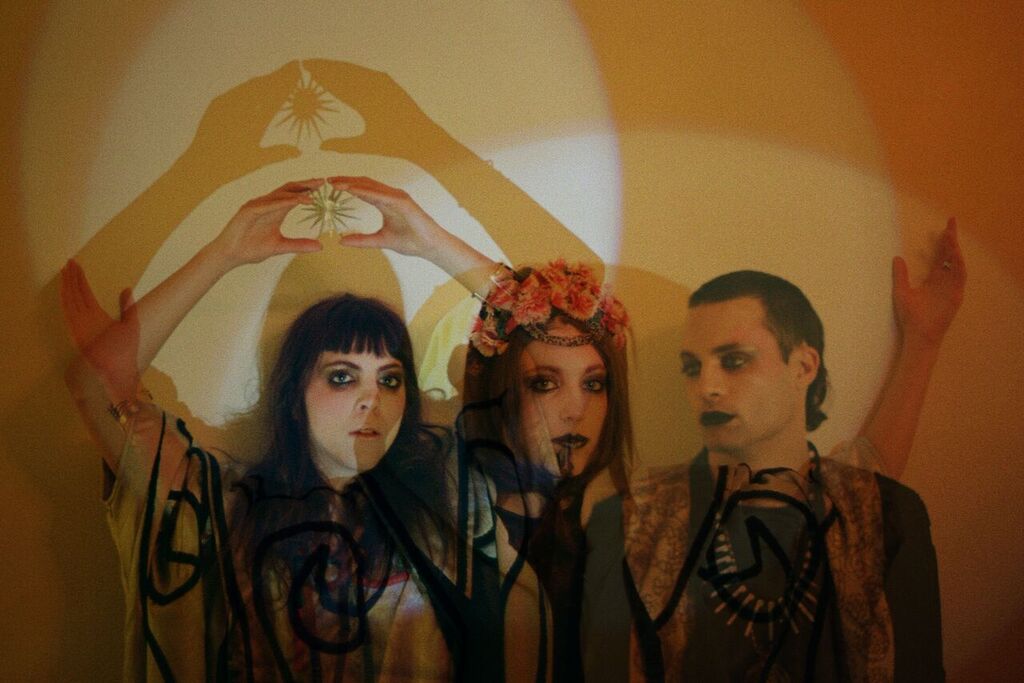 Hard to believe a band as committed and creative as Doomsquad began life as a bit of a joke, but that’s pretty much how it happened.

Five or so years back, siblings Trevor and Allie Blumas were spending a summer in Vancouver living on their sister Jaclyn’s couch when they were roped into serving as an impromptu opening act for some friends doing a folk show at a café. Brainstorming ideas, they decided they would put a subversive spin on the Partridge Family/Carter Family model and do a sort of “happy-Christian folk thing” — “with homemade instruments,” Allie adds proudly — for the unsuspecting crowd. The name, completely tongue-in-cheek, would be Doomsquad.

The joke stuck around. By Christmas, the Blumas kids got a hold of a four-track and recorded five random songs from that first Doomsquad performance as little more than a “a stocking-stuffer for our parents” and something to pass around to friends, recalls Trevor, and once again didn’t think much about it afterwards. He was busy with a far more serious band called Corduroy at the time, anyway. Then fate intervened.

“I was applying for FACTOR grants and thought, ‘Well, we might as well apply for Doomsquad, as well, and if we get the money I’ll just put it towards Corduroy,’” laughs Trevor, 30, over drinks with little sister Allie, the youngest Blumas at 24, on Spadina earlier this week.

“Doomsquad was nothing at that time. Then Doomsquad ended up getting accepted for a FACTOR grant just on this four-track joke of a recording and the other band didn’t. And then that band ended up breaking up at around the same time and we had all this money, so we just bought a bunch of electronics and starting making techno.”

“Somewhere along the way, I don’t know what happened, but we started to take things seriously,” says Allie.

This was a positive turn of events. Over the course of several ear-catching EPs and this year’s stunningly original Kalaboogiealbum, Doomsquad has grown into one of the most exciting young bands on the crowded Canadian indie landscape.

And Doomsquad is all about landscapes. It’s a total oversimplification to call what the trio is up to “techno”; their sound is a heady mix of crushing beats, shamanic chanting, world beat percussion and ethereal psychedelic atmospheres meant to evoke the wonder of the natural world and elevate your consciousness to another plane. You kind of have to immerse yourself in it, but trust me when I say it works and there’s nothing else out there quite like it in dance music or indie-rock circles at the moment.

It’s arty stuff, yes — indeed, Doomsquad was conceived by these three former art-schoolers as a multidisciplinary project — but it’s still not as serious as it sounds. “We’re superserious and at the same time we’re not serious at all,” says Trevor. 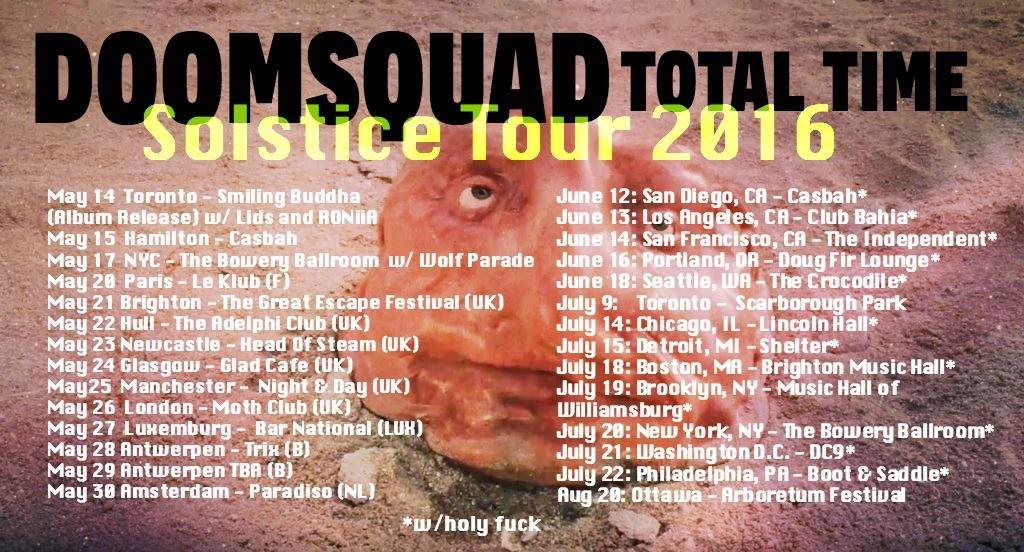 Kalaboogie was recorded at a friend’s cottage up north on Hurd’s Lake, near Renfrew, and was intended to transmit the majesty of the northern Ontario wilderness, which it does quite aptly; I once had a coyote howling along to the bell tones on the title track across a lake near Georgian Bay. But Doomsquad’s landscape ambitions don’t stop there.

“We’ve rented a house in New Mexico to record the second album,” says Trevor. “The first one was totally cottage vibes and, for that the project, really was to kind of bring in that environment as an ode to northern Ontario. We wanted to make an album where you could, like, have a dance party at a cottage. So, yeah, where we went there for the first album and soaked up those vibes, we wanted the second album to be . . . ”

“It’s literally all gonna be about aliens and the desert,” says Trevor.

In the meantime, there’s an interstitial EP due in the spring, not to mention a date at the Jam Factory on Saturday evening.

It’s the band’s first local date since they opened up for Polaris Music Prize winner Tanya Tagaq’s Animism tour in November, a lucky “get” that put them in front of lots of open-eared types in various Canadian ports of call and only inspired them to be more confidently themselves onstage and on record in the future.

“She’s out of this world,” Trevor says of the Inuk throat singer. “It just makes you want to be so much better. It makes me feel positive about music breaking new territories, opening our minds to new things.”

Doomsquad play at The Adelphi on Sunday 22nd May as part of their Solstice Tour 2016.