Releasing The Adelphi Archives
30 limited edition posters.
One released each week for the rest of 2020.

The original Oasis gig booked at the club was cancelled.  By the time they honoured the gig, they had attained overnight success on the popularity of ‘Supersonic’. 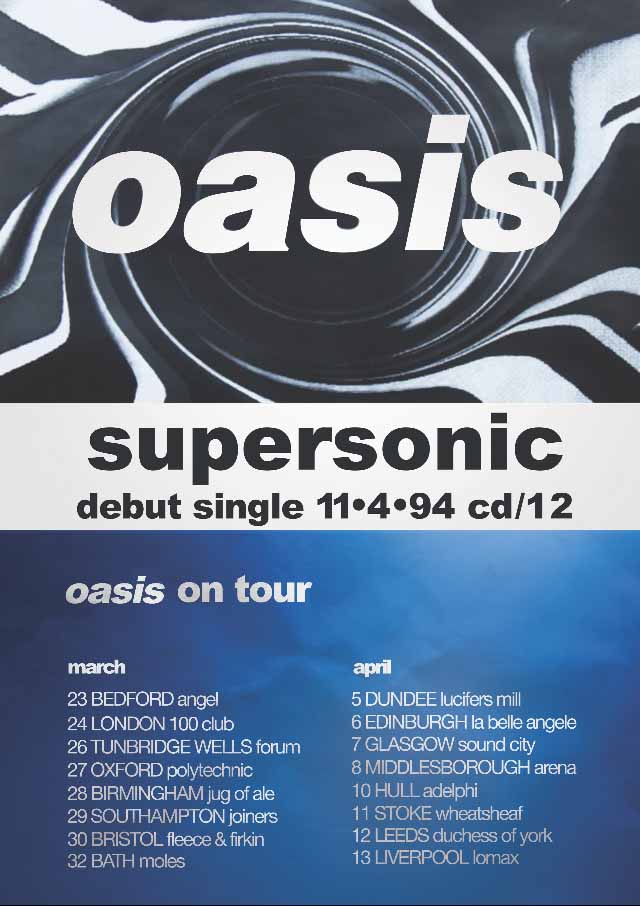 “This guy was sat all on his own on the way out to the toilets.  I realised that it was Liam Gallagher and told him that I liked the new single (‘Supersonic’).  His response?  ‘Cheers, mate’.  But when the gig started they played one which I thought was a cover for ‘I’d Like to Teach the World to Sing’.  I decided I wasn’t that keen anymore.  I preferred Shed Seven – who’d been on the week before!”  (Graham, Hairdresser to the Stars)

“I went down De Grey Street early one evening and saw a queue outside the club.  I remember thinking that I didn’t know what was going on any more.  I’d never seen queues there before.”  (Nick Clay, ex-Pink Noise)

“This was a gig of enormous rock ‘n’ roll proportions.  People were squeezed in every available space.  They were totally amazing!”  (Priya, Yo-Yo)

“The best gig I’ve ever been to at the Adelphi has to be Oasis.  It was probably only a week after they played ‘Supersonic’ on The Word and the venue was as packed as I’ve ever seen it.  I remember standing at the front of the stage seeing Liam Gallagher swagger onstage and knowing instantly that this was going to be amazing.  Hearing ‘Live Forever’, ‘Cigarettes and AlcohoI’, ‘Rock ‘n’ Roll Star’ and ‘Shakermaker’, played in front of 150 people was something I’ll never forget.  After the opening song, we were forced to retreat to the back of the venue in fear of getting crushed by the crowd.  I’ve seen Oasis a few times since, at places like Earl’s Court and the Leeds Festival, but none of these huge shows could touch the magic of that night at the Adelphi.”  (Martin Knight, ex-Mind Candy/The Favours)

“Oasis played here the day before the release of ‘Supersonic’ and consequently sold the place out – substantially, though not excessively.  They were actually nice to work with:  seemed to love the Tropicana (now Java) curry, and talked incessantly about The Beatles.  People think I hate Oasis but they are wrong.  What I hated was all the bands, and endless streams of demos, that tried to emulate them.  I used to have this nightmare vision of being an A & R man!”  (Paul Jackson) 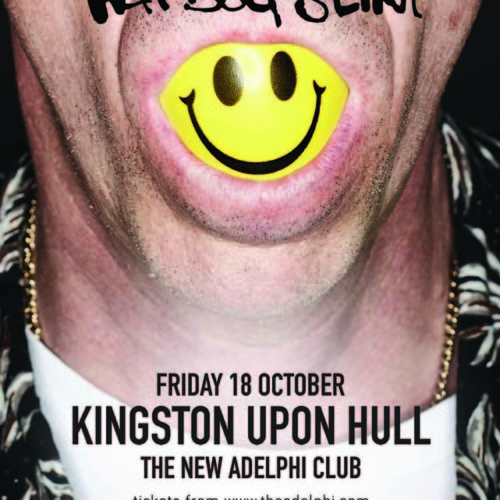