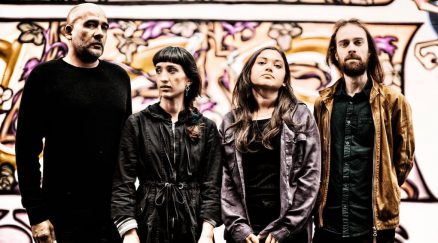 The Little Unsaid + The Evil Litter

The Little Unsaid + The Evil Litter

Fronted by songwriter John Elliott, they are a band with an original sound and international outlook.

The Little Unsaid have spent the last year touring Europe, leaving audiences emotionally rapt with a live show that’s been described as ‘a thumping depth of passion’. Their sound is all their own but echoes the intensity and melancholic overtones of greats such as Nick Cave and Leonard Cohen.

The Little Unsaid embrace elements of rock, folk, electronica, jazz and alt-pop. One of the UK’s must-see rising live acts and recent winners of the Steve Reid award for Innovation.

‘Entrancing… songwriting of a real rich quality, all held together by an intensity of approach, by a focus on the emotional weight music can carry’ – Clash