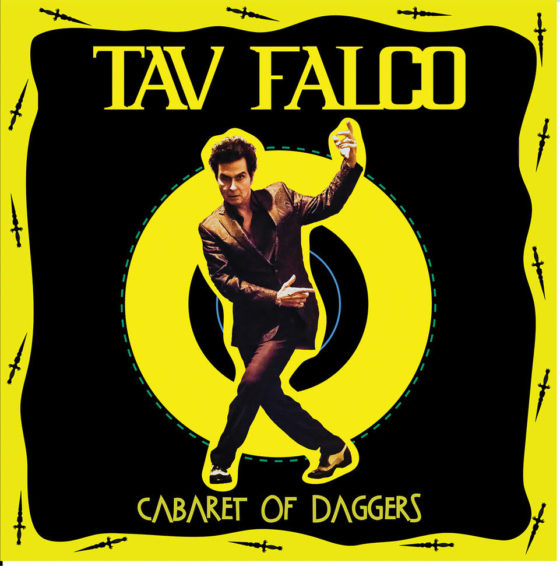 “I saw an amazing show by Tav Falco & The Panther Burns on Fri night at Oslo in London. Tav has long been a hero / inspiration to Primal Scream. A true master of rock and roll & a cultural ditch digger on the same level as The Cramps. Thanks for all the great music Tav – Stay Free ! ”

Featuring new originals and selections from 80 years of the Great American Songbook, Falco’s latest finds the Arkansas traveler and his eminent team of Italian accompanists exploring his most challenging selections to date while weighing in on “the puppet head orangutan diaper of malignant rage”.

Raised in rural Arkansas, Tav Falco embarked on his long and distinguished musical career upon arriving in Memphis in the mid-1970s. Teaming up with local music legend Alex Chilton (The Box Tops/Big Star) in 1978, the duo formed the long-running and still active band Tav Falco’s Panther Burns.  Panther Burns thrived on the early 1980s music circuit and were a popular draw at such storied NYC clubs as The Peppermint Lounge and Danceteria. Despite Chilton’s exit from the live lineup in 1984, Panther Burns carried on and the band’s current discography includes ten studio LPs and numerous EPs, live albums, and compilations.

Artists who have cited Panther Burns as an influence include the American alternative music acts Southern Culture on the Skids, Jon Spencer Blues Explosion, Jack Oblivian, and The Gories.  In Europe, neo-psychedelic groups who have referenced Panther Burns include England’s Spacemen 3; Germany’s Cuban Rebel Girls (named after one of Falco‘s original songs); France’s The Dum Dum Boys; Italy’s Time Machine; and Scotland’s Primal Scream. Says Primal Scream frontman Bobby Gillespie, “Tav has long been a hero/inspiration to Primal Scream. A true master of rock and roll and a cultural ditch digger on the same level as the Cramps. Thanks for all the great music, Tav.”