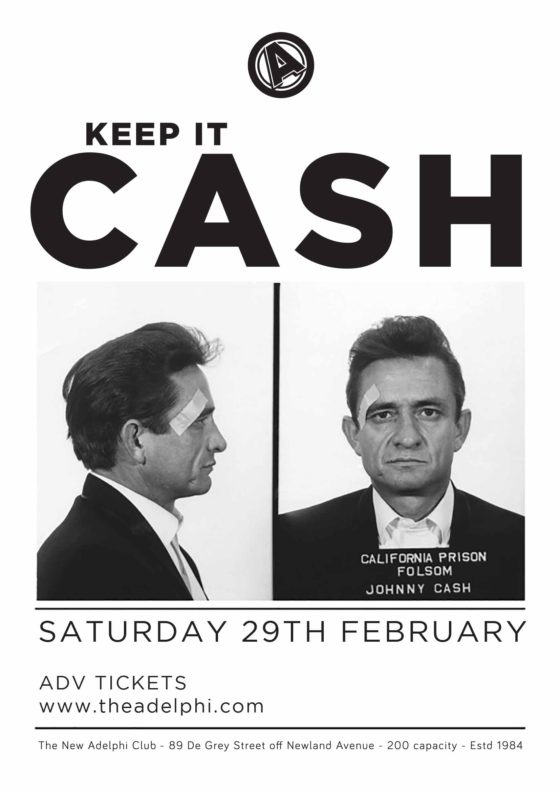 There will be 100 Tickets available on the door on the night. Be early. First come first served..

The most accurate sounding tribute show to Johnny CASH on the planet … That is what they say about Keep it Cash.  The band is a labour of love and a product of many years of hard work and dedication. Expect a note perfect musical journey from the humble gospel beginnings of the Tennessee two, right through to the final and emotional American Recordings.

Keep it Cash were chosen to perform by 20th Century Fox in London, as the sound of Johnny Cash at the launch of the film ‘Walk the Line’  Dave Burnham has been recorded for both television and radio as a sound-a-like of Johnny Cash. His voice starred in the 2010 British Telecom television commercial ‘Everywhere’ and was recorded by Sony Studios in Belfast.

There will be 100 Tickets available on the door.