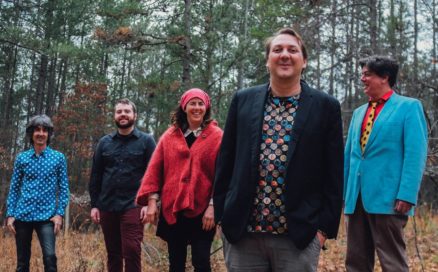 The Adelphi proudly presents the Athens GA pioneers of the celebrated psych-rock scene which they helped forge over a decade ago as part of the wonderful Elephant Six collective, which also gave us Neutral Milk Hotel, The Apples In Stereo, and A Hawk And A Hacksaw.

Tickets £10 adv from the Adelphi box office below>>

Elf Power formed in 1994 and over the last 19 years have released twelve albums, two eps, and a handful of singles, while touring North America, Europe, and Japan many times. Albums such as 1998’s Dave Fridmann-produced “A Dream In Sound” and 2008’s collaboration with the late Vic Chesnutt, “Dark Developments” have cemented the bands’ reputation as the finest purveyors of modern melodic psychedelic folk rock around.

eTickets are on sale through The Adelphi Online Box Office.
*The Adelphi does not charge a booking fee.