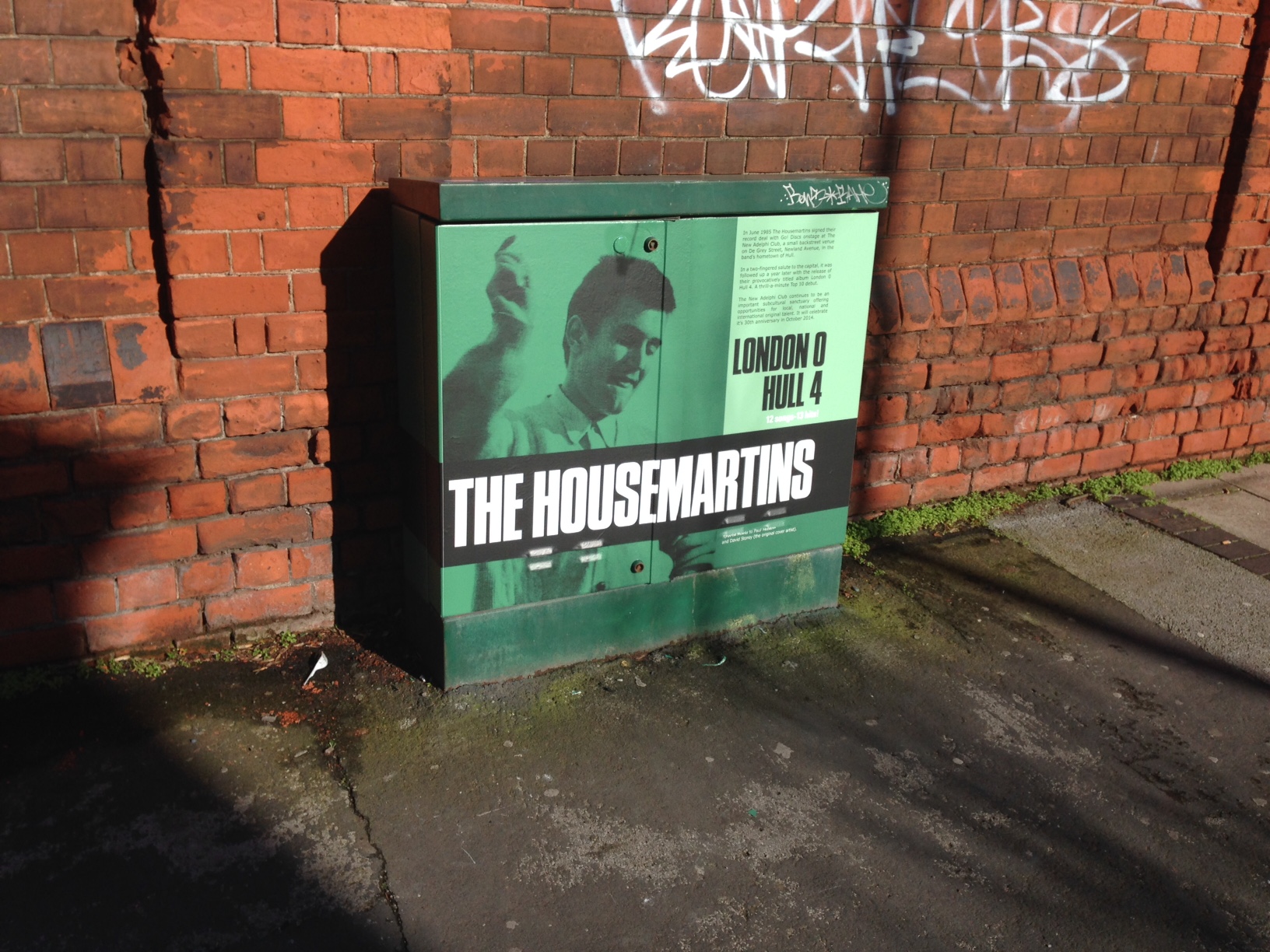 1986 The Year of The Housemartins

The Culture Cab at the top of Reynoldson Street has been recovered today to celebrate 1986 The Year of The Housemartins.

“One of the most significant moments in my life was The Housemartins signing the record contract with Go! Discs on the Adelphi stage in June 1985.  The Adelphi had been a very important part of building the band’s audience.  The occasion of the signing was the culmination of many months of hard work, especially by Paul (Heaton) and Stan (Cullimore), but it was in recognition of the importance of the club for the band, and the support of Paul Jackson, that we decided to set up the event – and also it would be a bit of fun and something special for the fans.  Let me tell you it wasn’t easy putting my name to a record contract whilst playing the drums – the point was to keep the song going while we all signed – but fortunately I had another arm and two legs to spare.  For the record by the way, I think the song was ‘I’ll be your Shelter’ – not a Housemartins original, but a stage stalwart nevertheless.  There are one or two supposedly ‘in the know’ people who allege that the Adelphi signing was entirely symbolic – a way of sharing the ‘promotion’ of one of Hull’s local music ‘teams’ with the punters – and that the REAL contract had been signed in London some days before;  but I couldn’t possibly comment.”  (Hugh Whittaker, The Housemartins) 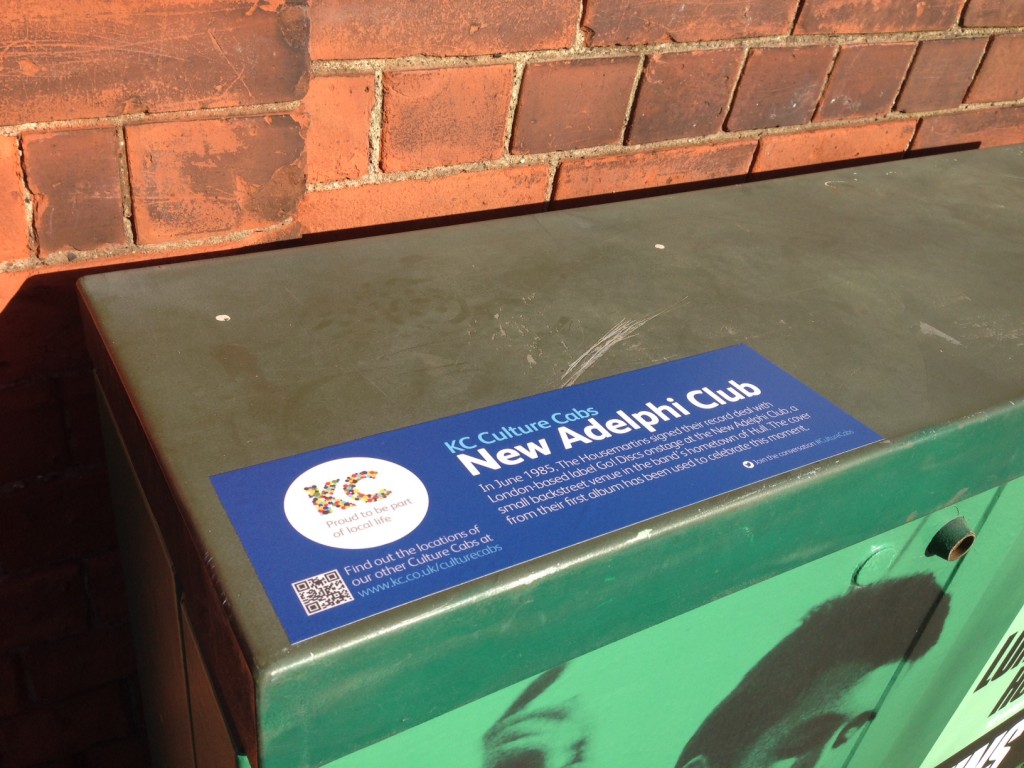 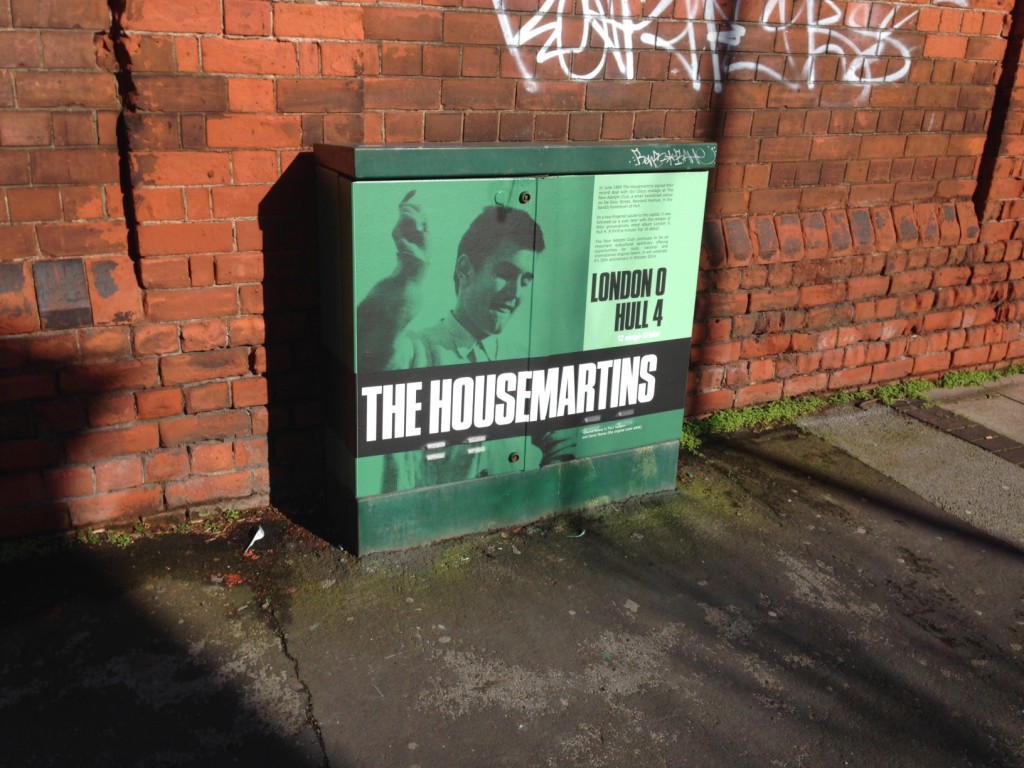 Special thanks to kc.co.uk for rejuvenating this project.