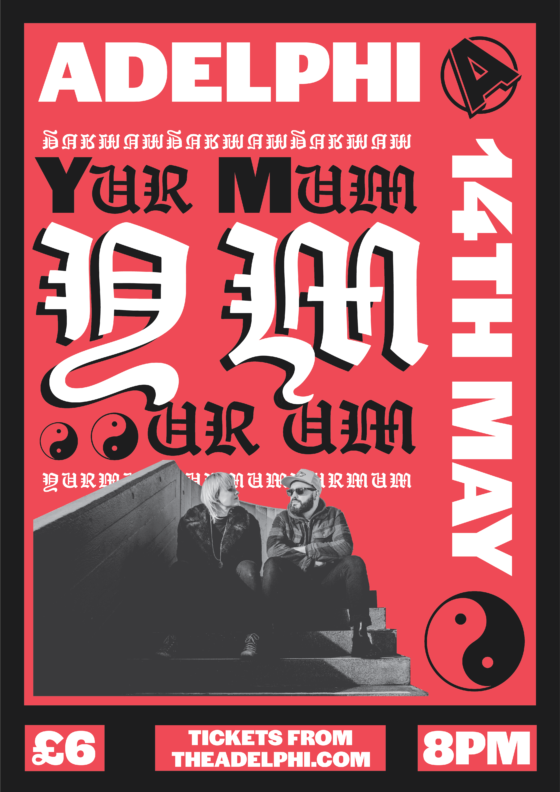 Yur Mum + The Evil Litter + End Of The Line

Yur Mum + The Evil Litter + End Of The Line

Yur Mum are a Brazilian rock duo, formed by Anelise Kunz (bass/Vocals) and Fabio Couto (drums), based in London. The band, who’ve been active since 2016, have played shows around the world, sharing the stage with DIY stalwarts like Maid Of Ace, Svetlanas, Healthy Junkies, Hands Off Gretel, I-Destroy & Dream Nails, as well as modern-day legends such as New Model Army, The Adolescents, Vice Squad, Kirk Brandon, UK Subs, The Vibrators and TV Smith.

In 2021 they signed to Chapter 22 Records, home of Dawn After Dark & Balaam And The Angel, in the UK and M&O Music in France for their new album, their first as a duo, Tropical Fuzz.

In order to write their future, the couple had to first revisit their roots, which resulted in a crossover of heavy rock, with melody, groove and a punk attitude.

Hull legends and indie rock popsters with a trick or two up the sleeves. The Evil Litter are Claire Scott, Leon Welburn and Nathenial Lawson. Three piece. They write songs in twenty minutes. Loud. Good.

End Of The Line

End of the Line is a 4 piece alt rock band from Hull. Formed at WYKE 6th form college in September 2021. Influences include Pixies, Manic Street Preachers and Idles. The band are beginning to record songs for our their debut EP “Bad Influences .