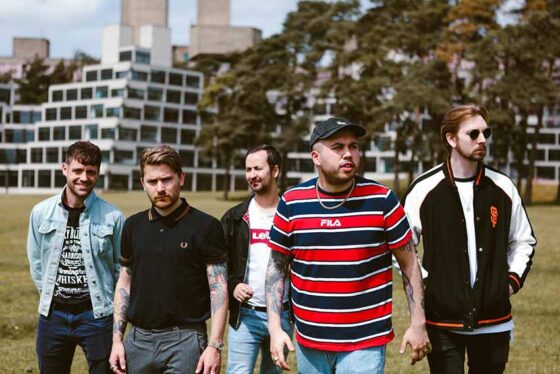 Screaming Tarts presents…
Youth Killed It
Thursday June 30th 2022
The New Adelphi Club, Hull.Established in Norwich in late 2016 and given the title “indie-Rock social hand grenade” by BBC Radio 1’s Phil Taggart. Youth Killed It quickly announced themselves with their unapologetic social commentary, infectious riffs all delivered with razor tongue wit and cheeky bravado. Their uniquely crafted British sound can be described by picturing Mike Skinner fronting bands such as Hard-Fi and Slaves (UK). With the industry hot on their heels. they show no signs of slowing down.
They signed to Rude Records in 2017 and released their first studio album ‘Modern Bollotics’ later that year. In 2018 they released their second studio album, ‘What’s so Great Britain?’. The band’s third EP ‘I’m a believer, I just don’t believe ya’ is slated for early 2022.
Youth Killed It has received plays on BBC Radio 1, Kerrang! and Radio X to name a few. Recent single ‘In Wonderland’ has been played by Radio 1’s Jack Saunders, commenting “this track is so good it feels like i’ve already listened to it five times”. Previous singles ‘Islands’ and ‘Keep It Real’ have also been played on BBC Radio 1 by Huw Stephens.

They have supported bands on tour such as Goldie Lookin’ Chain, The Frights, The LaFontaines and MassMatticks, and have since sold out several of their own headline shows, most recently Norwich Voodoo Daddy’s showroom in 2021 and London’s Camden Assembly rooms in 2020. They have appeared at countless festivals including Isle Of Wight and Teddy Rocks. Their live show blossoms in a festival environment with an unorthodox approach to crowd interaction. Their show is unscripted and off the cuff, creating a unique experience at every show