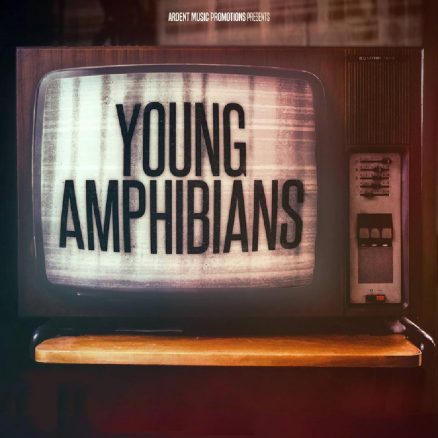 Since their formation at the beginning of 2014, Young Amphibians have already had the dream start. Releasing their debut EP ‘Thought Control’ within months of founding, as well as the release of 3 well received singles, Young Amphibians have played some highly prestigious venues across the country including Manchester Academy, The Spice of Life – Soho, The George Tavern – Stepney & The Cockpit – Leeds.

In February 2017, Young Amphibians released their highly anticipated second EP ‘Junked Up Heart’ on Leeds based independent record label VICEROY Records. The follow up to 2014’s ‘Thought Control’ features the singles ‘End of Today, Start of Tomorrow’ & ‘The Best It’s Ever Been’ & is available digitally via all major music platforms as well as available on CD & 12” vinyl at www.viceroyrecords.bigcartel.com