Wrekmeister Harmonies’ new album, The Alone Rush, their first as the core duo of JR Robinson and Esther Shaw, is a hauntingly intense and dark meditation on death and isolation, whose concise compositions carry an emotional heft without the orchestrated bombast of their previous four albums.

After confronting the dual tragedies of the death of a loved one and the exhaustive experience of caring for another family member with a chronic illness, Robinson and Shaw removed themselves from the intensity of Chicago living to the seclusion of Astoria, Oregon. With little else besides their instruments, the couple focused on just two things: healing their psychic wounds and composing. Robinson likened this period to a “cult like affair, just the two of us, thinking the similar thoughts and working them out with hours and hours of conversation, totally alone.” After spending two years in their remote surroundings, together in almost every endeavor, Robinson and Shaw developed an especially intuitive musical communication. Says Robinson it was “almost like two stones being put in a small bag and being carried around constantly. The rough edges wear away. What seemed claustrophobic reveals itself to be comfort.”

The Alone Rush retains Wrekmeister Harmonies’ expansive and ambitious aesthetic, blending waves of ethereal keyboards, haunting string melodies, and crescendos of dissonance, but now turns central focus towards Robinson’s deep, rich, and soothing vocals. The two guests involved in The Alone Rush are longtime friend and Swans drummer Thor Harris, performing minimal drums and clarinet, as well as acclaimed New York producer/engineer Martin Bisi. Keeping the album’s deeply personal subjects in mind, Robinson and Shaw aimed to maintain the material’s emotional potency through an intense intimacy. Harris’s contributions were immediately resonant and in touch with Shaw’s and Robinson’s. It was not until after the recording was complete that Harris informed them about his own deeply personal loss. 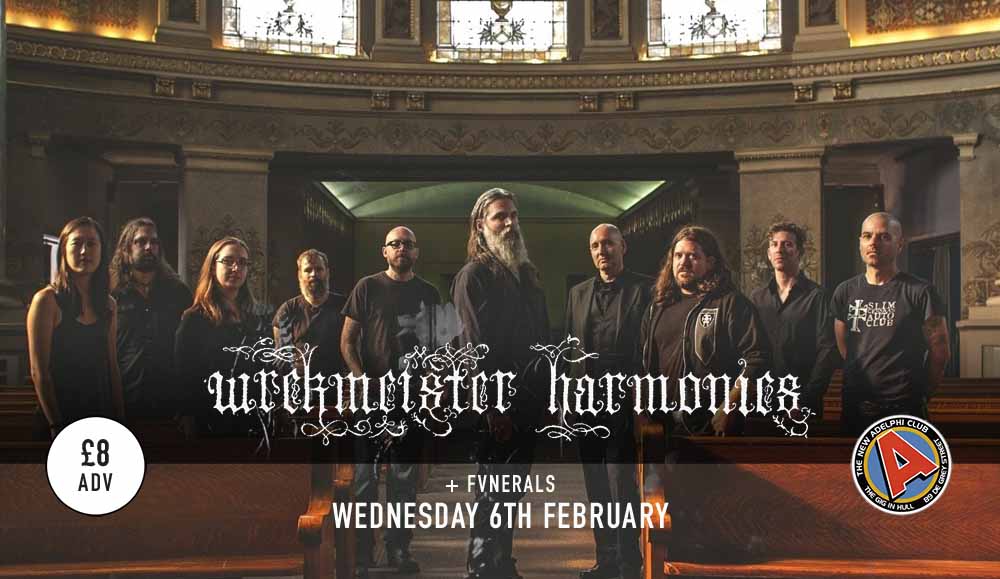 Wrekmeister’s work is often based upon literature and The Alone Rush continues in this tradition, specifically through very personal emotions processed with the help of books that involve grief. Thoughts on coping mechanisms, specifically in the age of social media were filtered through works such as George Monbiot’s essay The Age of Loneliness is Killing Us, as well as broader thoughts on the nature of grief itself explored in George Saunders’ Lincoln in the Bardo, and depictions of lost life in Marlon James’ A Brief History of Seven Killings. Much of the album’s words, and specifically “Forgive Yourself and Let Go,” and are drawn from the musicians’ personal answers to questions one faces when confronting death and the associated sadness, confusion and violence of the event. “There’s a realization, a moment of perfect clarity that comes from meditating on these ideas,” says Robinson, “and that is, at the end of it all, we are perfectly and utterly alone.”

Unfortunately, FVNERALS are no longer appearing. Supports from Whelming Flood.