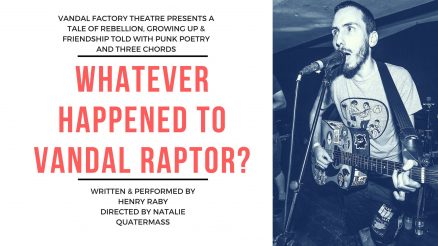 Whatever Happened to Vandal Raptor?

Henry Raby is a punk poet, activist and nearly 30. This is his tribute to punk rock. With heartfelt story-telling, spikey spoken word and terrible (but tenacious) live music Henry rips through ideas of rebellion, growing up and friendship.

Despite being fictional, Vandal Raptor were the greatest dinosaur-themed punk band you’ve never heard of. Snarling through songs and snapping strings, they thought they’d change the world… Until they broke up and grew up.

10 years later they’re accidentally reunited in their old stomping ground. Has their passion for DIY and protest gone extinct, or still roaring loud? 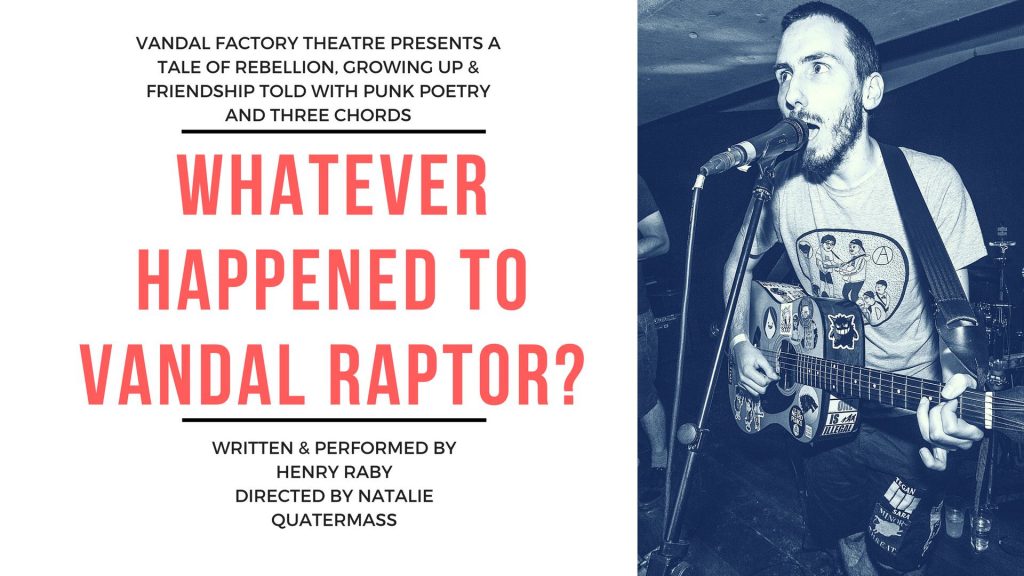