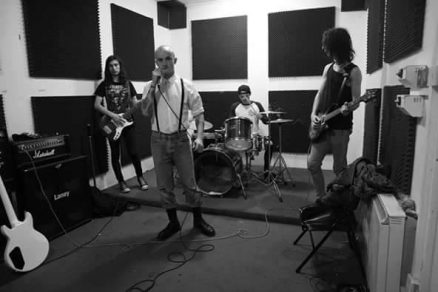 Performing their debut gig; KILLER OF KINGS are a Hull based 4 piece heavy metal/ rock band who’s interests include “Smashing shit up, Making heavy music and having a laugh with the boys”

MARX is a Hull/Manchester based hip-hop artist, and the former frontman of City of Stone & Headless Hangman.

Since 2013, Marx has been playing gigs around the country, performing in the heavy metal and punk rock scenes. In both bands, Marx made no secret of his hip-hop influence, making use of rapping in both, and has now flipped it around, putting his punk and metal influences towards rap tracks. In his short time as a hip-hop artist, Marx has already rapped alongside legends such as Big Daddy Kane and KRS-One and shared the stage with the likes of Merkules, Shotty Horroh, MC Devvo, Sumo Cyco, Al the Native (Jordan Stephens of Rizzle Kicks) and Beans on Toast, as well as many others.

ROWLAND is a Singer-Songwriter, Musician, Rapper, Emcee from Yorkshire, UK.

Never one for sitting on one style/ genre and sticking to it, ROWLAND mixes and fuses various elements from different influences to give us his product, from heart wrenching ballads to the harsh truths within the bars of the raps.

An ever moving artist, always looking to improve upon every performance & release, ROWLAND is an ever growing name on the scene right now and the journey has only just begun.