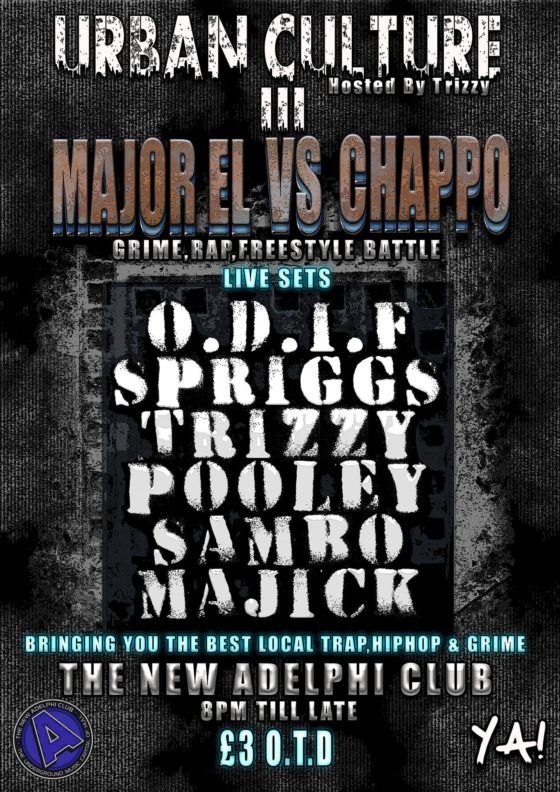 Bringing you the best in local Hip Hop, Trap & Grime! A great line up of live local talent & DJ youngy spinning them dirty bangers!
Hosted By Trizzy and with live performances from:
MAJIK – one of the most recent emerging artists to come out of Hull with his first official single ‘Prophet’ recently released with Shakra Recordings in May 2019. His edgy and sometimes controversial lyrics come head on with great wordplay and fast bars!
SAMBO, mostly known for his dnb partnership with shrugz, has been shelling the drum n bass scene from early and has performed at places like Territory, BSM and Bass Heavy resident, frequent rough tempo and bloc 2 bloc time too but this last year or so has been he has been focused on his rap and grime craft.
SPRIGGS & POOLEY
O.D.I.F (Only Deal In Filth) are Shadez, Zack Frost & DJ Youngy, and they are about to become a big name in the Hull scene, and the whole UK scene in general. These guys have only just started as a team, however they’re far from new to the scene. Bringing you greasy, grimey bangers, these guys are not one to be slept on!
TRIZZY – Primarily a hip hop artist, however there’s nothing that he cant do having worked on many different genres such as ‘grime, trap, low-fi hip hop’ etc. He released his first mixtape ‘Barz & Bluntz’ in 2018, working with the likes of ‘Kamp Kaos’ from Brooklyn, NY. Trizzy has had many of his tracks played on BBC introducing and has also performed live in session for BBC too. He has performed at nearly every venue to host urban music around Hull and is booked throughout the UK for the rest of 2019.
Urban Culture will also host its first battle/clash: Major El Music vs ‘Chappo’
Doors 8 pm
£3 otd 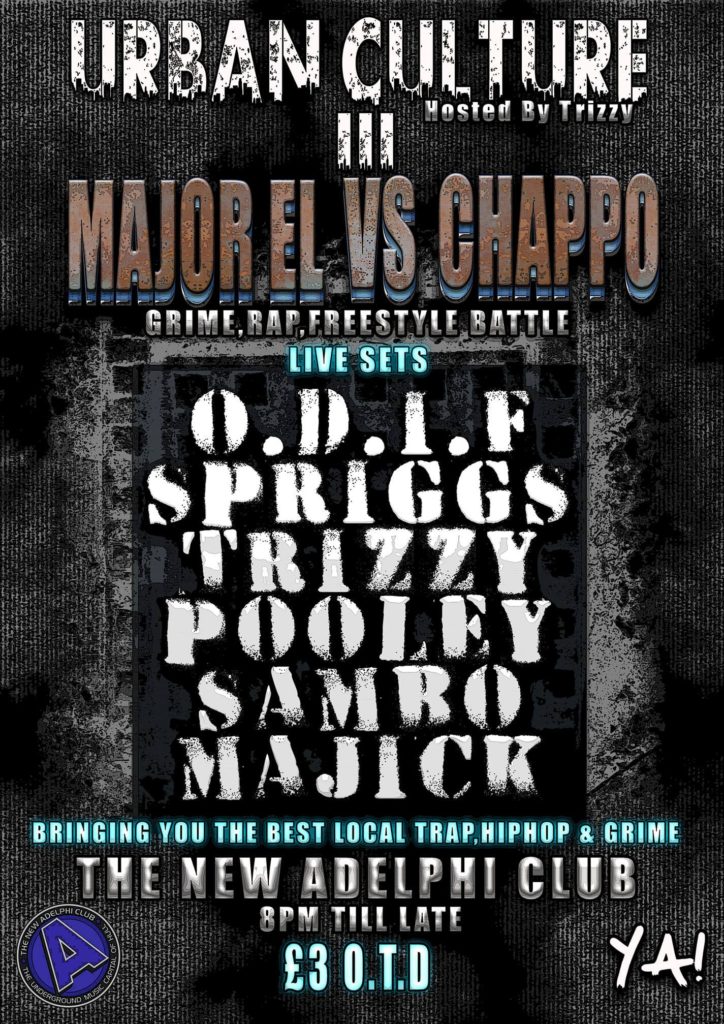