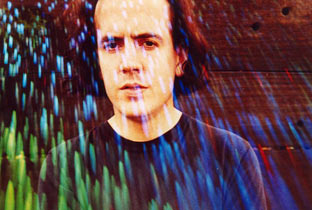 At once uplifting and otherworldly, the music of Ulrich Schnauss combines multilayered synthesizers with beats and ethereal vocals, serving as an aural escape route from the trappings of reality. As Schnauss explains, ‘I’ve always used making and listening to music as a way to escape – putting on headphonesis a great way to leave reality behind for a while, reminding yourself why it still makes sense to carry on.’

Aside from releases under his own moniker, Schnauss also joined german electronica legends Tangerine Dream in 2014. Regularly enlisted as a mixer, remixer, producer and artist in his own right, Ulrich Schnauss may use music as a way to escape, but today he seems firmly rooted in the business, albeit constantly pushing against its staid sonic boundaries. Born in 1977 in Kiel, Germany – a post-industrial seaport at the Baltic – Schnauss began improvising chord changes on an old piano in his parents’ flat; a process which remains the backbone of his songwriting to this day. Once settled on a basic chord structure,Schnauss combines programmed synths with layered basslines and rhythms, to consciously adorn each piece with certain emotions and textures.

The titles of Ulrich Schnauss’s studio albums to date – Far Away Trains Passing By, A Strangely Isolated Place, Goodbye and A Long Way To Fall – hint at the artist’s backwoods background, growing up in the ‘cultural wasteland that is rural Germany’. Unable to find like-minded people to create music with, Schnauss’ aural vision became liberated by his discovery of the synthesizer, enabling him to create multilayered compositions on his own, with an aim to ‘translate the aesthetics of the ‘shoegazing’ sound into an electronic context’. Inspired by the alternative guitar bands of the late 80s/early 90s (Slowdive, Chapterhouse, My Bloody Valentine etc.) as well as Acid House and early electronica (LFO, 808 State, The Orb), Schnauss began developing his own distinct sonic palette, melding delicate dreampop sensibilities with ecstatic electronic excess, defying the constraints of traditional music genre boundaries.

After a move to Berlin and a slew of atmospheric dnb releases in the latter half of the 1990s – under the pseudonyms View to the Future and Ethereal 77 – Ulrich Schnauss felt confident enough to employ a more freeform approach and began recording ‘little electronica pieces’, culminating in the first album released under his own name, 2001’s Far Away Trains Passing By.

After an initial struggle to perform the unique, interchanging nuances of these tracks live, Schnauss’s discovery of Ableton software has enabled him to build new arrangements on the spot, lending diversity and distinction to each performance. ‘I can also react to the atmosphere of the room,’ he explains, ‘sometimes playing more ambient; sometimes more rhythm-orientated versions of the songs.’