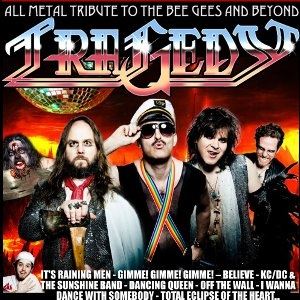 Screaming Tarts presents
Tuesday 7th August
Tragedy
All Metal Tribute To The Bee Gees And Beyond.
+ support from Lightspeed Lover
£10 + BF from seetickets

“far from being a novelty act, these guys are GENIUS. If they don’t put a smile on your face, you must be dead inside” ALL ABOUT THE ROCK

Born out of the impenetrable divide of Disco and Metal, these fearsome brothers fearlessly obliterated the truce line that had been set in the great Disco/Metal Peace accord of 1977 when they seamlessly blended the two genres with their debut album, We Rock Sweet Balls and Can Do No Wrong – a collection of Bee Gees songs redone in a heavy metal treatment reminiscent of Judas Priest, Motley Crue and Guns N Roses. Since then, they have crisscrossed the globe with their spectacular live shows and having stormed across the USA, UK, Germany, Netherlands, France and Switzerland. Subsequent full length albums, Humbled By Our Greatness, Death To False Disco Metal, The Solo Albums and The Joy of Sex have seen them spread their glittered wings to take on non Bee Gees classics from the disco era, soft rock anthems and party jams.In 2015, Tragedy broke the internet with a viral video featuring their take on You’re the One That I Want from the Grease soundtrack. In 2017, Tragedy’s video for Stayin’ Alive broke the internet once again.
If you’re allergic to smiling be afraid… be very afraid. Tragedy sweats glitter and cums confetti!

“You’re the One That I Want” Heavy Metal Tribute to ‘Grease’ is as great as it sounds. They created a music video for the cover, and it is exactly what you’d think a heavy metal version of Grease would look like. Between the crazy outfits, wild hair, air guitars, and locker room parties, the only question left to ask is, why hasn’t this idea been adapted into a full length movie yet? We want more!”
VH1

“Camp as a row of tents, and with more hooks than hell’s cloakroom, Tragedy guarantee it.”
METAL HAMMER

“The greatest heavy-metal-meets-disco party you could possibly wish for.”
METAL RULES

“one of the hottest bands on the internet…not just fun and catchy — Tragedy rules!”
LOUDWIRE

“Back in the dark days of disco, the Bee Gees were the shit, despite having massive teeth, bigger hair and a falsetto only dogs could hear…with the righteous power of heavy metal, We Rock Sweet Balls and Can Do No Wrong mixes Guns ‘N’ Roses swagger, the Scorpions’ sense of pomp and Judas Priest-esque vocals to create a sound that is exactly like The Darkness!”
KERRANG 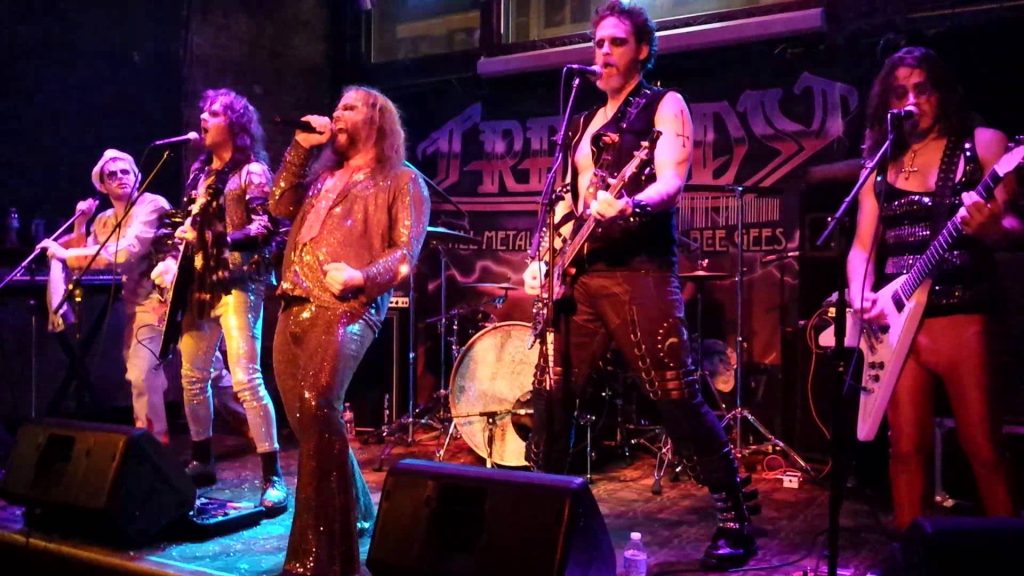