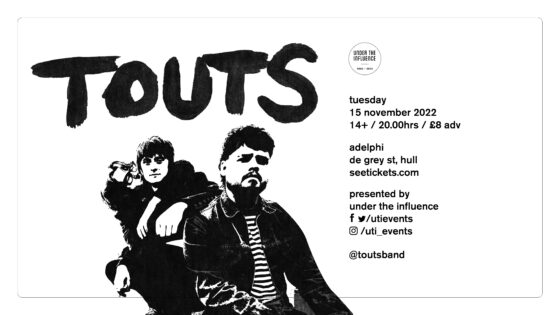 Touts + Helter + The Secrets That Kill Us

Under the influence Presents

TOUTS
+ Helter
+ The Secrets That Kill Us

Touts
A punk rock trio from Derry, Northern Ireland with talent that belies their teenage years. The three members of Touts had to sit their GCSEs in 2017 while simultaneously shooting videos and performing for their fast growing fan base. The band have generated a huge buzz with supports from Radio 1’s Huw Stephens, Radio X’s John Kennedy and hitting the best new breaking artists playlists on Spotify and Apple Music.

Helter
The last ever gig.