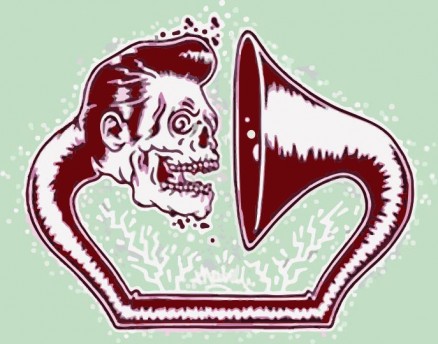 Thomas Truax is a London-based troubadour, inventor and animator, whose origins lie in the New York antifolk scene. His gigs around the capital are legendary for the eccentricities of Truax’s erratic “bandmates”: homemade, noise-making machines with fabulous names and their own strange personalities and mythologies.

There’s a fine line between the unique and the insane, and it’s a line which storyteller, inventor, performer and recording artist,Thomas Truax, straddles with his head held high. He travels the world with his “band” of bizarre self-made Tim Burtonesque instruments. He taps out live rhythm loops, plucks assorted strings, springs and attached noisemakers, building a backdrop of layered hypnotic sounds on top of which come some of the most striking stories about clones, butterflies, dogs, technology, loneliness, and other beautiful and sad things.

One of the most imaginative characters on the pop music fringe, Time Out magazine has dubbed him “The king of home-made instruments” while Splendid magazine called him “one of the five or ten best singer/songwriters in the world that you’ve never heard of…an exceptional talent, unique and resistant to comparison, yet fairly accessible even to casual listeners.”

“When he performs, it is a spectacle – the originality and seeming impossibility of what he does is much of the appeal.” – The Guardian