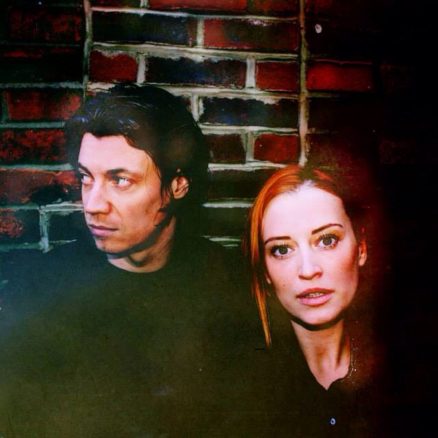 The Rails are running. English singer-songwriter duo Kami Thompson and James Walbourne have reached deep into their rich musical histories to concoct the kind of sharp, true folk rock blend rarely heard since the Seventies.

The critically acclaimed country/folk duo return with a stunning new record this autumn.

The Rails 2014 debut album ‘Fair Warning’, produced by Edwyn Collins, had critics gushing. It was chosen as Mojo’s best folk album that year and the band went on to be presented the Horizon Award for Best New Act at Radio Two’s prestigious Folk Awards in 2015. The new album lives up to expectations as we hear The Rails adopt a slightly harder edged sound that incorporate elements of folk, 60’s pop, psychedelia and soul with a distinctive British flavour.

James is one of the country’s finest guitarists and full time member of the Pretenders, he also plays with both Ray Davies and the Pogues. Kami is folk rock royalty, daughter of Richard and Linda Thomson, sister to Teddy. The couple began working together in 2011 and married the following year.

Following the album release The Rails embark on a full band UK tour, their first in two years, calling in Hull on Wednesday September 13th.

Fierce yet tender vocals, provocatively honest lyrics, the huge many faceted sound of the hurdy-gurdy, mesmerizing whistles, field recordings, loops, bass lines, electronic dance beats and lush synth voices all come together in a live setting to create an image evoking, emotionally intense, utterly captivating and unforgettable audience experience that is tAngerinecAt. Drawing from a vast range of influences, this hard to define duo have been labelled with various genres from electronic rock to psychedelic drone punk and post industrial. Formed by London based multi-instrumentalists Eugene and Paul in 2008 in Ukraine they have released four albums to date and have performed hundreds of shows.

“Watch out for: tAngerinecAt. This is some of the most powerful music I have heard in a long time” – LOUDER THAN WAR