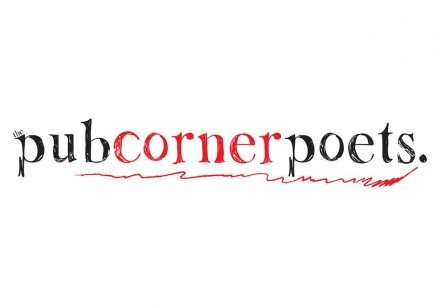 Performing for the first time at The Adelphi, multi-award winning spoken word innovators – The Loud Poets – will be performing their latest show – FOR ONE NIGHT ONLY!

Followed by The Pub Corner Poets hosting the Adelphi’s legendary Musicians’ Night from 8pm until 11.30pm!

“A larger than life show that will make you fall in love with performance poetry”- VoiceMag, ★★★★★

Since 2014, the award-winning Loud Poets have cemented their place as the top spoken word show at the Edinburgh Festival Fringe. Their unique blend of poetry, live music and film has wowed audiences at festivals internationally, and this year they’re touring a brand-new show (debuted at the 2017 Edinburgh Fringe) filled with comedy, tragedy, politics and poignancy. Winners of the Prague Fringe New Territories Award 2016, runner-up for Best Regular Spoken Word Night at the 2016 Saboteur Awards, and recommended by The Guardian: Loud Poets have been taking the UK spoken word scene by storm ever since theirstart in 2013.

They’ve steadily grown from a monthly showcase in Edinburgh to one of the UK’s most innovative, popular collectives, recently touring internationally and hosting performers including global icon Shane Koyczan. Their self-styled ‘spoken word revolution’ stems from their passion for bringing the best in spoken word to a wide range of audiences. In addition to expanding their monthly showcases to include nights in Glasgow, they have also taken their style of accessible and dynamic poetry to Prague, Brighton, London, Aberdeen and many more stages.

“Think you know poetry? Think again. Loud Poets are back for another Fringe, proclaiming a new breed of pint-drinking spoken word for the masses. Thoughtful and inclusive, it’s thin on polo necks and rich in subject matter […] Down-to-earth and easy to access, this is a brilliant introduction to spoken word with a surprisingly broad appeal. The Loud Poets wisely don’t try to compete with more the flamboyant side of the Edinburgh Fringe, but instead present an understated, slick performance that will leave you pondering the content for days after.”- Fringe Guru, ★★★★

“The night combines poetry, live music and film in a way that has audience members mesmerised from the onset. The show skilfully sways from amorous to poignant, political to playful and right back around again.”- Broadway Baby, ★★★★“

A firm favourite on the Fringe.”- Edinburgh Spotlight