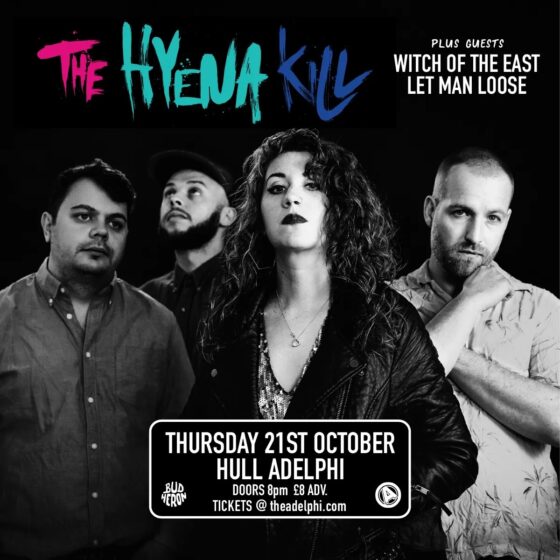 The Hyena Kill + Witch of the East + Let Man Loose

The Hyena Kill
Thursday 21st October.
Support from Witch Of The East and Let Man Loose.

The new single ‘Bleached’ was released 3rd December 2020, a hard-hitting track about pure, toxic obsession. The track was the first taken from the forthcoming new album A Disconnect, which was release via APF Records on 5th March 2021.

With the single, the THE HYENA KILL announced the addition of two new members, Sam Jones (guitar/synths) and Charlie Seisay (bass), expanding from a duo to a ferocious-sounding four-piece. These new additions help take their already expansive sound to another level, allowing the band more room in which to create and paving the way for a new era of THE HYENA KILL.