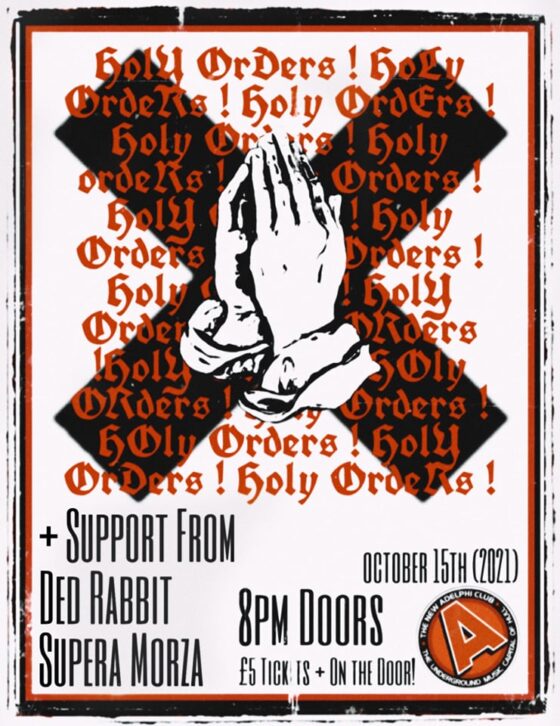 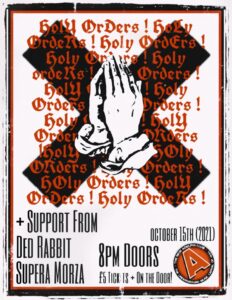 With a number of well received EP and single releases, they’ve continued to complete a number of high profile performances that should be on any UK band’s bucket list.

Notable achievements include: ‘Better On The Day’ Reaching No. 2 in the Spotify Viral top 50 chart March 2016, headlining the TBreak Stage on the Saturday night of T in The Park 2015, Kendal Calling 2016, Belladrum 2016, Xpo North 2015-6, Wide Days 2015, SAMA nomination for ‘Best Live Act 2015’, continued air play from BBC Radio 6’s Steve Lamacq and Vic Galloway and recent support from Sat Bisla on his ‘Passport Approved’ show which has been airing a number of Ded Rabbit tracks on various station worldwide including KROQ (Los Angeles). The brothers most recent release ‘Figurine’ with B-side ‘How To Be A Man’ is to be followed by a tour of UK, Portugal and Spain in March 2017.

Originally from Yorkshire, Ded Rabbit moved to the Highlands in 1996 and through the isolation and a developing love of music, the brothers started playing music together for over ten years. After moving to Edinburgh to study, they started working together in the studio, releasing their EPs ‘Wash Away’ 2014, ‘Wake Up In A Dream’ and ‘Moving In Slow Motion’. In 2015 the brotherly unit began their highly successful partnership with Glasgow based Rocket Science Studios, who have recorded the likes of Texas and Belle & Sebastian.

“Their music echoes the influences they cite like Hendrix and The Beatles (post-1965) but they are avid gig-goers too, eager to see what is going on nowadays, so they are just as likely to be out watching Peace or Palma Violets as they are at home listening to Abbey Road or Electric Ladyland”- John Paul Mason, Daily Record.

“With hints of The Housemartins and early Arctic Monkeys infused with a twist of funk and original lyrics, they have created a distinctive and highly listenable sound of their own.” – Olaf Furniss& Derick Mackinnon, Artist Of The Week: Scotland On Sunday.

“right now we are going through a transition into something a bit more wild and a little more heavy, guitars at the forefront, and there’s some real exciting alternative stuff out there at the moment”

“if you’re looking to fall back in love with guitar music again or maybe you just want your next thing to get obsessed with, this might be it. Supera Morza, roadkill!”

Radio 1.  Introducing (Gemma Bradley) “Gonna start things off with a Bang, this is Supera Morza, roadkill” “It’s loud, it’s exciting, I want a little bit more of that”