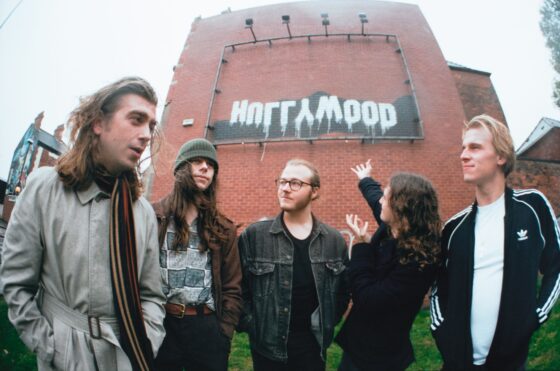 The Froot are a five-piece modern psychedelic & progressive pop-rock band from the heart of Hull. Aged between 21 and 23. With subconscious ties to the 60’s/70’s sound with modern elements, they are influenced by the greats such as The Doors, Pink Floyd and of course The Beatles. Their music vows to take you to a time in society that seems almost extinct today, a time where music was a way of life. With popularity growing they have many gigs under their belt including famous venues such as The Dublin Castle in Camden, Rebellion in Manchester, The O2 Academy in Islington, and Yardbirds in Grimsby supporting bands like The Coral, Reverend and the Makers, Scouting for Girls, Mystery Jets, and Jim Jones as well as playing on tours/tour dates with Seattle based band Acid Tongue, Stags, Vryll Society, Hidden Charms, and Flyte. The Froot also had the pleasure of being the backing band for Maggie Ronson, sister of legendary guitarist Mick Ronson of David Bowie and the Spiders from Mars and recently ventured out of the country for the first time as a band with a co-headliner slot on the Made in Hull cruise to Amsterdam. The band are backed with support and guidance from a great network of people such as Colin Lloyd Tucker (The The, Deux Fillies, Kate Bush) as their producer, ties to the Mick Ronson Legacy Trust as well as consistent radio play from BBC Introducing and a debut album engineered by Kenny Jones (Engineer of Oasis & The Smiths) which was released with Glass Records and distributed via Cargo Records. They believe everything is in place to ascend and have their sights firmly set on increasing popularity around the UK. So go ahead and turn up, tune in and drop out as they take you on a musical journey.