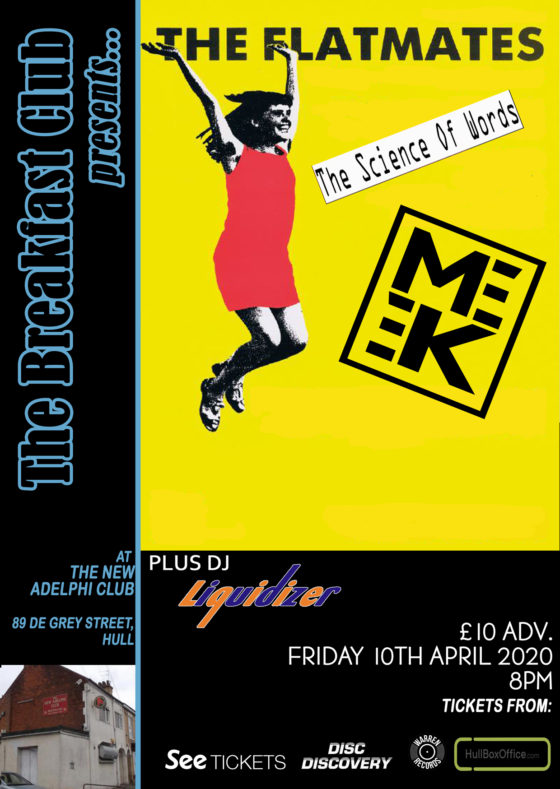 The Flatmates + The Science of Words + Support

Classic 80’s punky indie power pop, marrying Ramones with The Ronettes, The Flatmates were part of the movement that included The Darling Buds, The Primitives, Shop Assistants etc…
Formed in Bristol in 1986, The Flatmates are now better than ever.

A mere 34 years after their first show, indie – pop – punk band, The Flatmates, release their eponymously titled first studio album, officially their debut. The Flatmates is released by The Subway Organization in Europe (the label’s first release since 1994), and by Happy Happy Birthday To Me in the US.

The album marks the culmination of a very fruitful period of writing for the band, with main songwriter guitarist Martin Whitehead’s songs being augmented by contributions from singer Lisa Bouvier and keyboard player Rocker.

+ support from The Science of Words + Meek + DJ Liquidizer