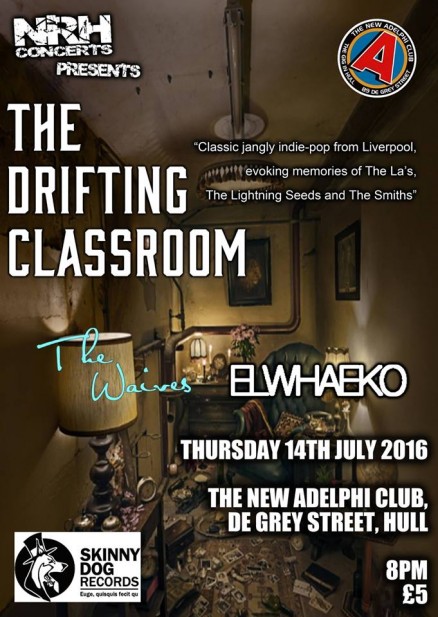 The Drifting Classroom + The Waives + Elwhaeko

NRH Concerts is delighted to bring you highly regarded Liverpool band THE DRIFTING CLASSROOM, with their jangly classic indie pop sound that evokes memories of The La’s, The Lightning Seeds and The Smiths. Signed to Manchester based Skinny Dog records (run by members of Elbow and I am Kloot) they are touring in support of their new single, released on 4th july.
We have a quite brilliant supporting bill of fast rising young Hull band THE WAIVES, and also the enigma that is ELWHAEKO, with his deeply evocative and soulful vocals drawing comparisons with The Verve and the pop sensibilties of Squeeze. This is a fantastic summer show, so make sure you can say “I was there” by attending.

with support from The Waives and Elwhaeko