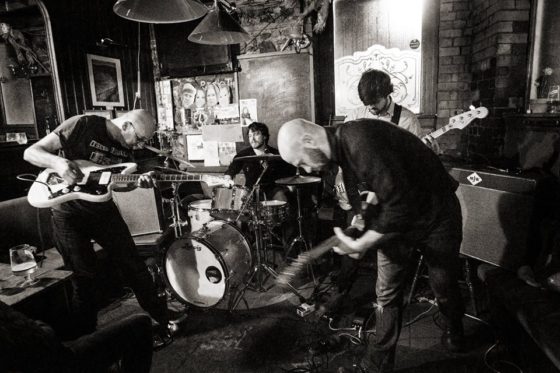 The Brackish are a Bristol supergroup featuring our friend Neil Smith of  This Is The Kit.
They play complex instrumental music and are stunning live.

with support from Tom Skelly & The Cool Seas

Their debut album, 2014’s Tough Guys (Lava Thief), righteously filled a kaleidoscopic void in instrumental music and along with 2016’s follow up album, Liquid Of Choice (Bad Elephant Music), the band gained an infamous reputation for their awe-inspiring live shows across the European and UK art rock scene, including the La Ferme Électrique and ArcTanGent festivals. With their third album Firm But Fair, THE BRACKISH are storming the stage again with a new brew of gracefully strange arrangements and improvised auditory theatre.

Doors 8 pm
Pay on the door