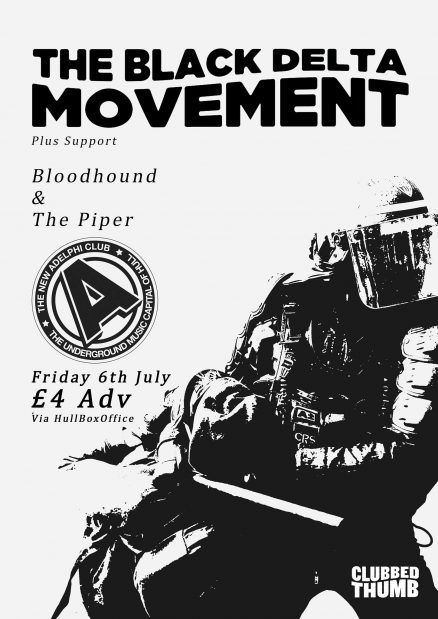 The Black Delta Movement
After being fined a nice big fat £1,500 by the Swiss police on our May European tour, we’re happy to announce that we’ll be doing a show at our beloved spiritual home of The New Adelphi Club in an attempt to scrape back some of the money we lost thanks to up-tight Swiss border control.

Also on the bill we have…

Bloodhound
Sludge/Grunge rock 3 piece from Hull with influences such as Drenge, Darlia and Royal Blood.