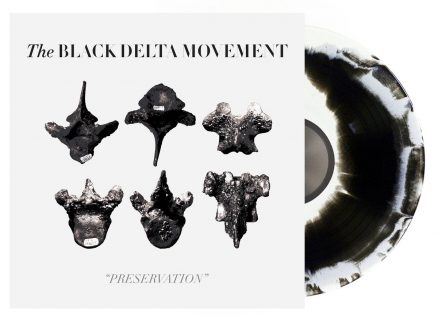 The Black Delta Movement + The Stevenson Ranch Davidians + …And The Hangnails.
£5 + BF from seetickets.

Hailing from Hull, The Black Delta Movement are a psychedelic garage band who’ve been likened to Black Rebel Motorcycle Club or a more psychedelic version of Drenge.
Having gained an impressive CV with high profile support slots with The Jesus & Mary Chain, Drenge, The Brian Jonestown Massacre, backing from BBC 6 Music and gigs in Ireland, Russia, Switzerland, Italy and France – the debut album “Preservation” was released 3rd August 2018 on Clubbed Thumb Records.

Steeped in the aura of the perennially mythologized psychedelic culture of Southern California and making music influenced by the timeless essence of ‘60s psych, folk and soul, woven with strands of early American roots music, The Stevenson Ranch Davidians has, since 2006, revealed itself in shifting configurations.

While the lineup has continually coalesced around lead singer and songwriter Dwayne Seagraves, the collective has always had a guiding vision and goal: to create music that seeks to simultaneously demystify and deify the human experience.

The band’s new album, Amerikana, The Davidians’ first since 2009, is scheduled for release in June 2017 on Picture In My Ear Records. Amerikana represents a new direction for the band, with the dreamy, flowing sound of albums past infused with a fresh sense of inspiration, energy and purpose. An eclectic, yet cohesive, set of songs that glorify the human spirit while condemning those who seek to destroy it.

Seagraves states that Amerikana also celebrates what he views as true magic: human will put to action. Through his songs, he hopes to convey the sense that human beings have been the sole source of all great insights and achievements throughout history, and that power originates from within individuals rather than from gods, governments or other external sources.

The band’s new lineup brings a range of talent, experience and inspiration to The Stevenson Ranch Davidians’ sound. In addition to longtime Davidians’ bassist Jessica Latiolait, guitarist Rob Campanella is a member of The Brian Jonestown Massacre and The Quarter After, while his brother, drummer and backing vocalist Andy Campanella, is a veteran of Occult Wisdom, Imogene, Chief Nowhere. Guitarist Misha Bullock, the sole Englishman in the fold, formerly played with Tennis System.