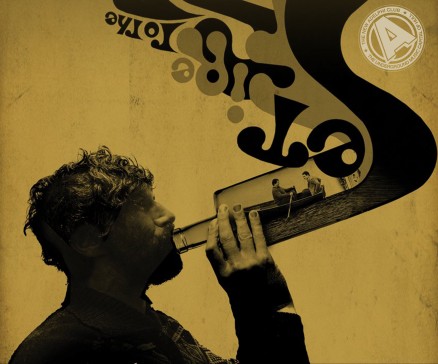 Gruff Rhys and Guests. Set Fire to the Stars.

Join us as Gruff Rhys performs his recently released soundtrack to the Dylan Thomas film ‘Set Fire to the Stars’. He will be joined by Y Niwl members; Alun Tan Lan, Gruff Ab Arwel and Siôn Glyn. Topeka, Kansas born drummer Kliph Scurlock and walking brass section Gavin Fitzjohn will also join in the celestial cacophony. During the performances, ace film director Dylan Goch (who cut his teeth mixing VHS tapes at 90s raves) will re-imagine and remix the said monochrome movie as they play. DJs from the mighty ‘Finders Keepers’ will be on hand to help create a most memorable musical happening.

Super Furry Animals frontman and singer-songwriter Gruff Rhys composed the soundtrack to the Dylan Thomas biopic ‘Set Fire to the Stars’ in 2014. Directed by Andy Goddard, the film starred Elijah Wood as the poet, it documents Thomas’s first trip to America.

“A one off performance not to be repeated… Gruff Rhys Live in Hull. Mirroring the black-and-white sophistication of the era the film was set in, Rhys only uses instruments available in that period, to create a mostly instrumental record that reminds the listener that beyond his role as the Super Furry indie kook icon, there is a truly maverick – albeit always understated – composer at work.”

Gruff has now revealed that early 2017 he’ll be playing the soundtrack in full during a short tour of the UK.  For the string of dates, he’ll be joined by a number of musicians, including members of Y Niwl and “walking brass section”. The exclusive 5 date tour visits Glasgow, Manchester, Cardiff New Theatre, London ICA and finishes in Hull on Tuesday 31st January 2017. The event will take place in the amazing Middleton Hall at the University of Hull, now reopened following a recent £9.5 million renovation.

“Set Fire to the Stars… Equal parts cocktail jazz, hazy Americana and Atomic Age bop, it’s a love letter to New York in all its hopeful, post war glory – a gorgeous diversion of a record to add to Gruff’s increasingly brilliant solo catalogue.”

Ticket holders are invited to a free screening of the film ‘Set Fire to the Stars’ (certificate 15) at 7pm prompt.  Starring Elijah Wood and Celyn Jones, the Andy Goddard directed film concerns Dylan Thomas’ first week in the US in 1950 and the struggle that his agent had in keeping him on the straight and narrow.

Please arrive at 6.30pm if you would like to attend the free screening as well as the concert. The concert will begin at 9.00pm. All seats £16.50. Prices shown are exclusive of booking fees.

Ⓐ The Adelphi Club has a few special events up their sleeve for 2017. Stay tuned to www.theadelphi.com for details as they are released.

BAR
There is a licensed bar in the Arts Cafe, part of the new Middleton Hall complex.

THE VENUE
This event will take place 3/4 mile from The New Adelphi Club at the University of Hull in the Middleton Hall which has recently undergone a £9.5 million transformative renovation. Acoustic architecture, surround sound, new seating and a new bar are just a few of the features in this state of art venue. Location: Middleton Hall, University Of Hull, Cottingham Rd, Hull HU6 7RX. The event is 400 capacity. There are no restricted views. This is an all seater venue. The venue has wheelchair access and dedicated wheelchair sites.

This event is promoted by The New Adelphi Club. The usual terms and conditions apply. This event is 14+ (under 18s should be accompanied by an adult). 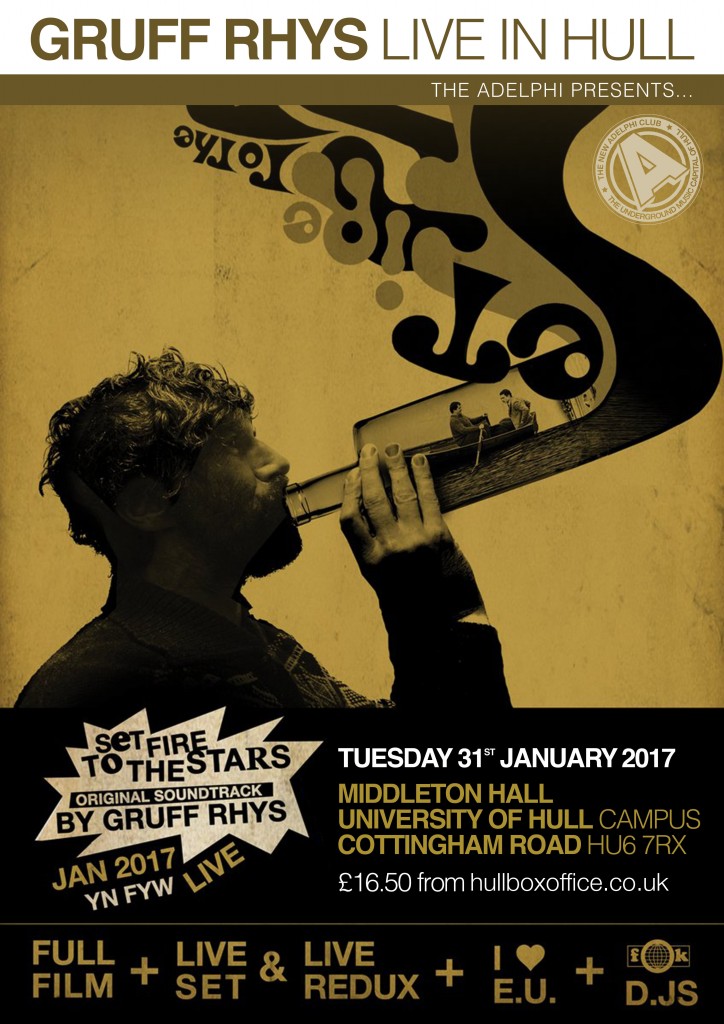