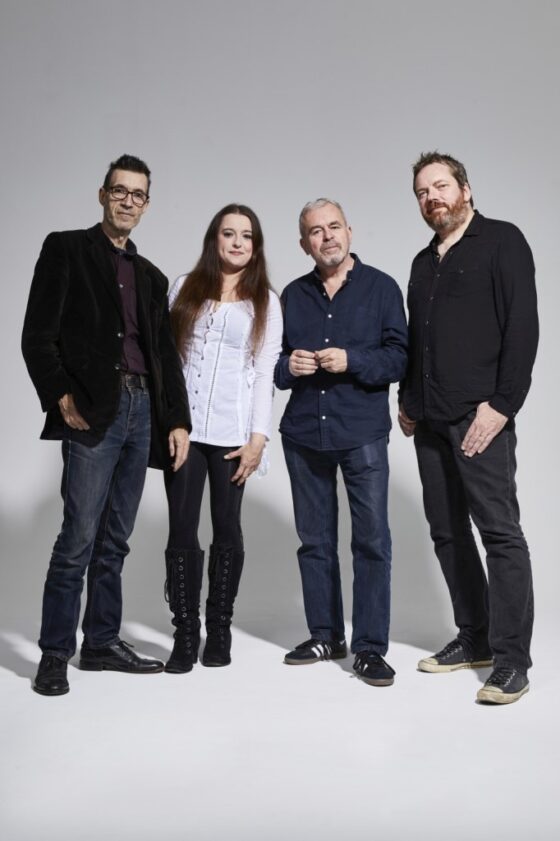 Screaming Tarts presents…
Sunbirds
Sunday December 4th 2022.
The New Adelphi Club, Hull.Having retired from the live scene at the back end of 2016, Dave Hemingway of The Beautiful South has been keeping busy with guitarist, songwriter and collaborator Phil Barton on their new project, Sunbirds.The music Sunbirds make takes on board all of the bands and artists Dave and Phil have loved over the years. It chiefly blends the musical instruments of rural America with an occasional twist of grungy guitars and sets them against lyrics that remain very much at home in the towns and cities of England. “Although a lot of the songs have a Country feel.” says Dave. “They’re still about life in England. You’re going to feel a bit daft singing about pick-up trucks and low down honky-tonks when you live in Yorkshire.”

Their debut album, “Cool To Be Kind”, produced by cult producer Teo Miller, who was responsible for Daisy Chainsaw’s breakthrough single ‘Love Your Money’ and subsequently worked with The Pretenders, Placebo and Robert Plant, the album captures truthful, open-hearted, funny and sometimes painfully honest songs, turning the page to a new chapter for Dave Hemingway and The Beautiful South story.

The formation of Sunbirds also sees the introduction of new discovery Laura Wilcockson on vocals and violin. Laura comes from a classical/orchestral, as well as folk background. If you’re lucky, you might spot her busking around Mansfield. Completing the line-up is legendary UK session drummer, Marc Parnell, who has toured with Joan Armatrading, The Blockheads and Jethro Tull to name but three. Marc can be heard on recordings by Girls Aloud, Pet Shop Boys and Gabriella Cilmi’s hit single ‘Sweet About Me’.

Cool To Be Kind is the result of a few transitional years in Dave and Phil’s individual personal worlds. It tells tales that cover contemporary themes as well as age-old matters of the heart and soul – all viewed through the bottom of a recently drained pint glass. “There’s no exact science here,” says Phil. “We’re just enjoying ourselves and expressing whatever we want, whether it’s about love, greed, social isolation or Gary Lineker’s crisp adverts”.