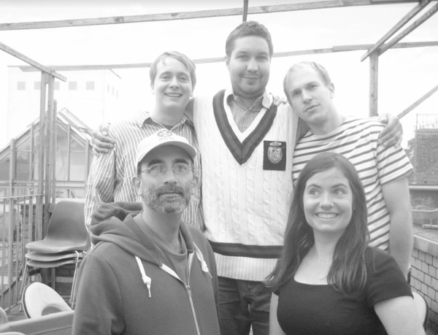 Stanley Brinks and The Wave Pictures

What time is it? It’s Tequila time! With Stanley Brinks and The Wave Pictures!!

Celebrating the release of the new Stanley Brinks album ‘Tequila Island’ and the smash hit single of the same name, The Wave Pictures will be Stanley’s backing band on his high octane UK tour. It’s a feel-good slice of sun-kissed summer fun!

Stanley Brinks sets the bar high when it comes to artistic independence, freedom, tradition and avoiding fashionable trends. In complete autonomy, he produces around 4 albums a year, on his own label, Radical Baboon. This solitary approach has never precluded him achieving worldwide recognition, since in the past he’s often toured his work around Europe, the UK and the United states to an appreciative audience.
By following this path, Stanley has managed to transform his ambitions to create music on a more personal scale into a veritable way of life: simple recordings that require little in the way of technical logistics, playing intimate live shows in small venues or even private apartments… a bohemian life of creativity and travel.

Stanley Brinks is joined by The Wave Pictures for their fifth album together; and their first since 2015’s “My Ass”.

To anyone familiar with Stanley Brinks’ huge discography – more than 100 albums – it might sound more raw in a way, less sophisticated than some of his other recordings. It’s still rich in jazzy sounds and original structures however, the songs looser and full of playfulness, with the lyrics carrying the essence of the songs.

Tequila – the drink – was obviously the inspiration for the album. While writing, and while recording.