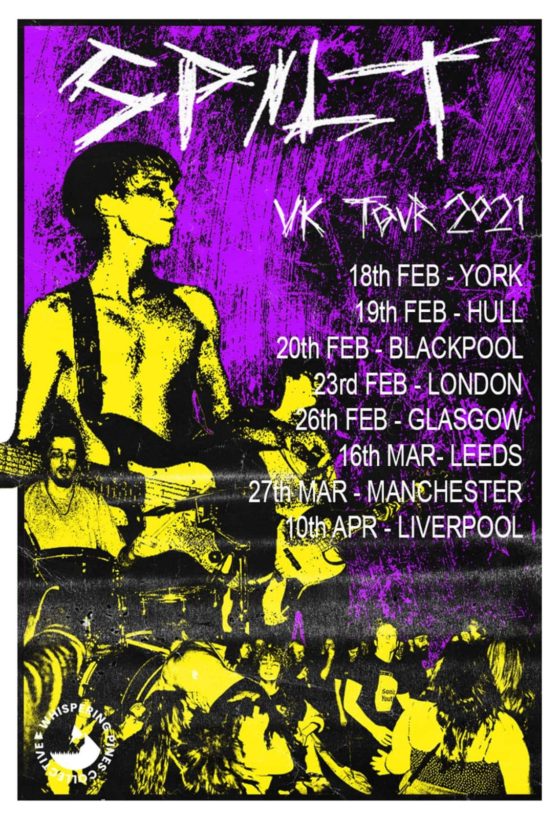 Describing themselves as part of the Scouse overflow coughed up and spat out at the end of the Mersey, SPILT’s sound can be as dirty and physically damaging as the chemically toxic power plants they grew up in the shadow of, but also ranges through slow psych-esq solos to hard and fast paranoid noise with raw vocals. Straight up, blunt, young and fucked, their sound is as chaotic and intimidating as they are on stage, with a head banging drummer, groovy bassist and mad front-man spinning, spitting and stripping out of jumpsuits.

“Spilt are a once in a generation kind of special”.  –  Einpresswire.com

With support from The Cartels and STUKA.

Check out SPILT’S latest contribution filmed during the 1st lockdown: