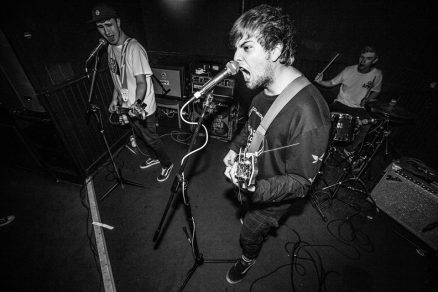 Smash It Up presents Aerial Salad with support by Nour and Bloodsport.

Smash It Up is back with another absolute banger of a show, headlined by hotly tipped DIY punk band AERIAL SALAD, from Manchester, who are making big waves right now and have been main support on the recent Wonk Unit UK tour. Any fans of Idles, Slaves, Life, or indeed Wonk Unit will love this band, trust us when we say they are more than a match for any of them. This is their first time in Hull so come and see what the fuss is about.

Also on the bill are two bands from Hull’s happening punk scene.

NOUR have developed into quite a force to be reckoned with, and maybe one of Hull’s best kept secrets.

Rising new band BLOODSPORT, play melodic hardcore with a dash of pop punk, and have major local pedigree with members having played in several well known bands on the scene in the last 10 years.

Believe us when we say this is one you do NOT want to miss as it’s going to be a blisteringly good show to end off the year for Smash It Up.