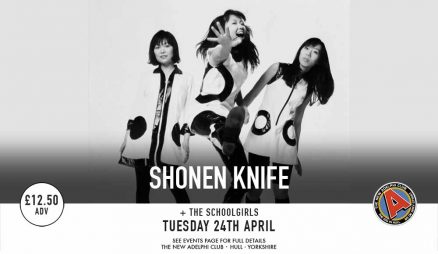 Over to Kurt Cobain, “When I finally got to see SHONEN KNIFE live, I was transformed into a hysterical nine-year-old girl at a Beatles concert”.

“Objectively, they can only play in a rudimentary fashion, their songs are ludicrously simple and it’s not new. Objectivity can fuck right off, because Shonen Knife are brilliant” – Artocker