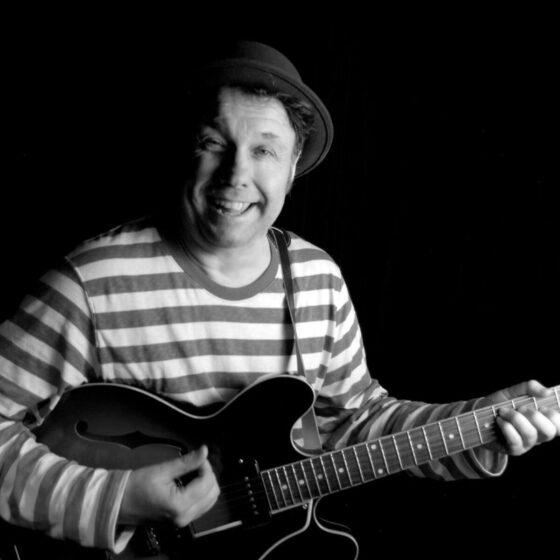 Martin Stephenson began his career as a busker aged 15. He then spent three years plying his trade as the guitar player in various bands in the North East of England . But Martin wanted more, he wanted to tell stories of his own and he was quickly developing ways of doing just that.

He developed his song-writing technique by firstly learning a few licks from a Spanish guitar book and repeated the process with Jazz, Blues, Country, SkifFle, Reggae etc. Eventually, this glorious collision of styles would become the trademark which Martin has carried through his career of almost 40 years.

Martin formed his band The Daintees, who became busking sensations and were signed by Kitchenware at around the same time as Prefab Sprout and Hurrah! The band, and indeed Martin, have always been known for their incredible range of styles, each album covering a multitude of genres, tempos and moods. The Daintees went on to release four critically acclaimed albums between 1986 & 1992; Boat To Bolivia, Gladsome Humour and Blue, Salutation Road, and The Boys Heart.