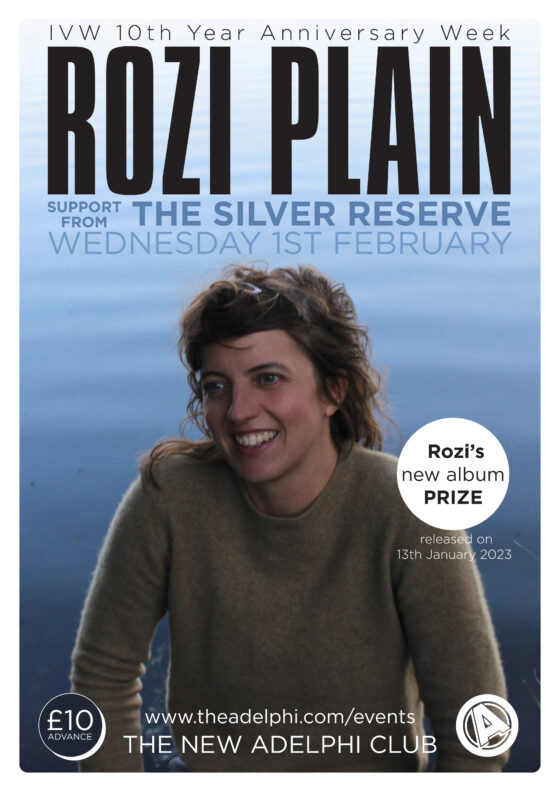 Over the course of four albums, Rozi Plain’s hypnotic, gently askew songs have steadily sauntered their way from her birthplace of Winchester, reverberated through the bustling Bristol DIY scene, to where they now emanate from London’s creative epicentre. Acquiring a worldliness that’s reflected in her travels as a touring musician, each consecutive release has broached new sonic territory, whilst retaining a home-grown intimacy and a familial warmth of spirit. On Prize, her upcoming fifth long-player, due for release on Memphis Industries on 13 January 2023, Rozi’s unique, heart-felt approach continues to prevail, marking her as one of our most innovative and engaging songwriters.

“Rozi Plain, the name of the person, the name of the project. One of those artists that’s always the right thing to play as far as I’m concerned! Absolutely adore that, ‘Agreeing For Two’ from the new album ‘Prize’, thank you very much to Rozi Plain for the introduction. It was written up on the Isle of Eigg, and the new record’s coming your way on 13th January from Memphis Industries. You might already have tickets for her show at Third Man in London which is tomorrow night, that’s sold out sadly, but she does have more shows coming in 2023. She’s one of those brilliant artists that’s always working incredibly hard, always on tour, either with her own stuff or with her good friend and collaborator This Is The Kit. Rozi Plain ‘Agreeing For Two’ on BBC 6 Music” – Lauren Laverne – Sept 2022.