Rob Heron & the Tea Pad Orchestra are one of the hardest working bands in the UK roots circuit.

With thousands of touring miles under their belts, they have earned themselves a sizeable fan base in the UK, Europe and beyond. Based in Newcastle Upon Tyne, they play their own brand of Western Swing, Blues, Gypsy Jazz and Country, or “North Eastern Swing” as they’ve coined it. Their style is more eclectic than most, influenced by early 20th century American music, with the addition of “razor-sharp” solos, great arrangements and original songs; their music harks back to a golden age whilst staying perfectly modern.

The songs are penned by Rob Heron, a crazy fool for country music and a full time dandy-cowboy. His songs are full of character, satire, and good old fashion hollerin’.

The best way to experience Rob Heron and the Tea Pad Orchestra is at a live show. 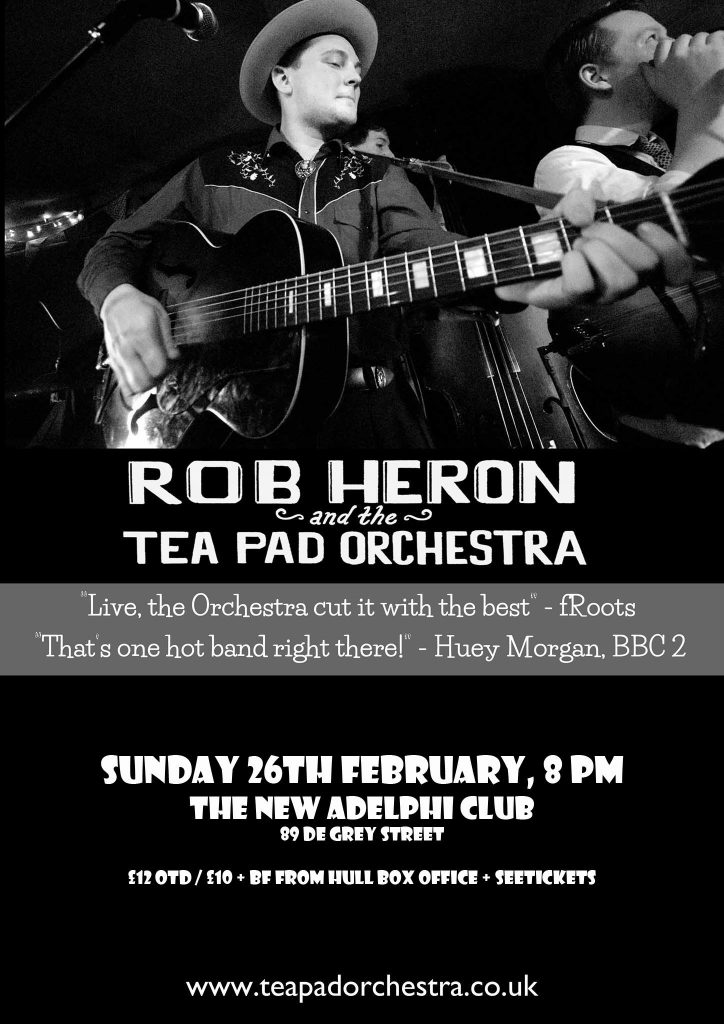