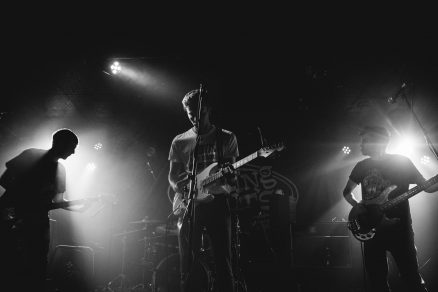 Under The Influence presents Rascalton with support by Brosnan and Elwhaeko

RUGGED, visceral and yet remarkably catchy, this Glasgow outfit are firing on all cylinders. Punk ‘n’ roll. (FFO: The Libertines, Rancid, Palma Violets)

The product of a musical lineage that contains allusions to everything from the Buzzocks and The Modern Lovers to The Libertines and The Dandy Warhols, the video for single ‘Lust’ (directed by Johnny Madden of Baby Strange) encapsulates the undeterred sense of camaraderie that naturally comes to prominence at any of their shows, an exercise in punk-infused revelry that denotes their ability to depict wild tales of hedonistic chaos with sincerity and authenticity.

The name’s Brosnan… Brosnan the band. Emerging in late 2016, Brosnan have been prolific in bringing their take on classic British rock and/or roll and pop culture to the local music scene. Their music centres on having a good time and harks back to an older era of guitar driven songwriting.

‘Elwhaeko’ is the solo project of singer / songwriter, Lee Atkinson (formerly Making Dens / JSMG). A modern take on folk and indie guitar music, the hooks are classic and the words offbeat, woven into intricate, beautiful and original melodies. Unique, soulful and northerly vocals drench stories with alluring melodies and bring to life the underbelly of his native Yorkshire.