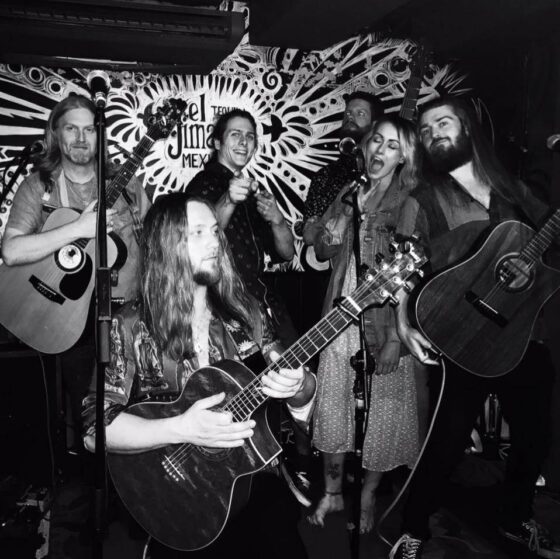 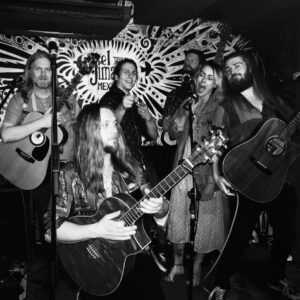 Ramble Gamble are an alternative-folk band from Lincolnshire, formed in early 2014.
Matt Hercock, Jonny Lavin, Sian Hart, Chris Logan and Gav Mcarthur formed the band out of a love for music, drinking and refusing to conform to the general sound of their local music scene.
They have played up and down the UK, sharing with audiences their unique style of music, and their adrenaline-fuelled stage presence. From playing in small cramped pubs, to festival stages in front of thousands of people, Ramble Gamble always put on an energetic, inventive show, filled with songs about pirates, cowboys, bar fights, love and whiskey!
Rather than your typical folk band, Ramble Gamble also explore a variety of other genres, taking what they need to make their sound and songs as original as possible, throw in a variety of stringed instruments, a large percussion setup, more or less made up of anything that isn’t a typical drum kit, and you get their alternative-folk sound.
Ketamine Kow

Debut gig for this energetic 4 piece punk band from Hull. Our songs are politically fuelled and cover a broad range of issues that we passionately care about. We are heavily influenced by bands such as ‘Slaves’ and ‘IDLES’ but we also incorporate the sound of classic punk where we are inspired by bands such as ‘Sex Pistols’ and ‘Ramones’. Although these bands inspire our sound, Ketamine Kow put a unique twist on every single song we write, making us stand out from the crowd! MOO!