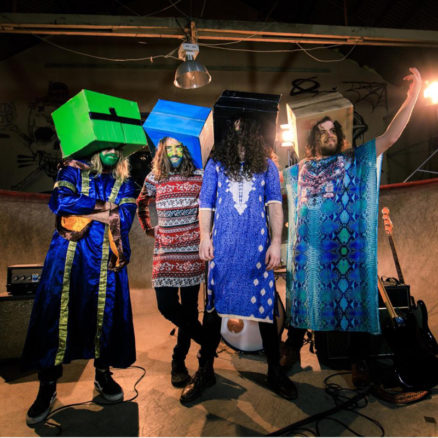 Under The Influence presents fresh Psychedelia from Down Under!

“These musical brainwaves capture the invading feeling of being taken on an out of this world journey of exploration.” – Pilerats

“An epic detour of neon flavoured noise grows to entangle your dissolving brain. Savagely mutant energies bubble through the air. Your body is out of reach, turning itself into a sponge as your mind floats towards another dimension.” – We Are Raven

Renowned for their crowd surfing inducing, mosh pit embracing live show as best described by The Music: “The bands overpowering energy fractures the boundaries of logic & sound”. The four piece have also created their own independent record label, What Reality? Records.