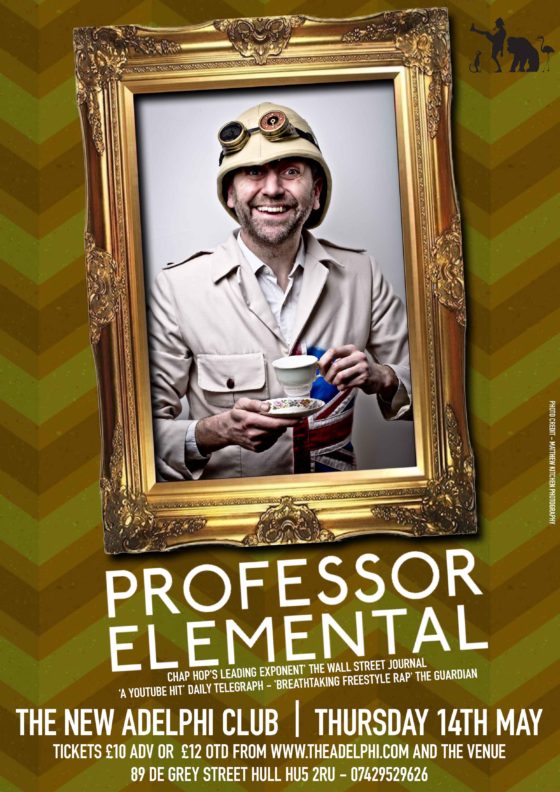 his long awaited return to Hull

Welcome to the world of Professor Elemental. An award winning hip hop artist and accomplished host, the Professor has performed all over the world at everything from festivals to wedding parties, hip hop shows to bizarre burlesque. A regular on the worldwide convention and festival scene he has played everywhere from Canada to Cambodia.

With a career spanning a decade, Professor Elemental first got noticed with ‘Cup Of Brown Joy’ which notched up over two million views and headlines in the national press. This was soon followed by a scuffle with another rapper named Mr B, resulting in the follow up ‘Fighting Trousers’; which has been viewed over three million times and gained worldwide acclaim.

On stage the Professor is a wild combination of music and comedy, incorporating improvisation and new material for each live show.