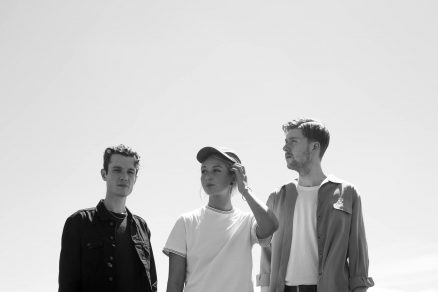 Yorkshire trio POLO (formed of vocalist Kat McHugh, Synth man Luke Lount and Drummer Dan Egdell) might hail from Leeds, but the groups glacial atmospherics and lush, r’n’b-tinged pop are an ethereal world away from the spit’n’sawdust DIY scene that the city’s best known for.

Formed in 2015, the band released hypnotic, woozily seductive debut single ‘Visions Of Fortune’ later that year and racked up performances at annual inner-city festivals Live At Leeds, Tramlines and Long Division, as well as supporting the likes of Bipolar Sunshine and Charlotte OC. After receiving the coveted PRS ‘Women make Music’ grant, Polo released their debut EP, ‘Alice’ in March 2017 via AWAL.

From bedroom to stage in what feels like an instant, BDRMM are rapidly injecting a much-needed burst of summer freshness into Hull music, sounding like the perfect cocktail of indie-groovers Homeshake and infectious room-fillers Jaws. Having already played alongside the likes of Her’s, Trudy & the Romance, FEHM & Horsey, their music moves at a dreamy pace, but BDRMM’s reputation is growing at a rate that’s both alarming and satisfying.

“AMBER WARREN’s ethereal brand of folk-pop just soars; powerful, emotive melodies are captured, alongside intricate musicianship, and an unrelenting drive to inspire, and evoke from a lyrical standpoint.”

In 2016 as part of a PRS funded project Amber released her debut single ‘Cobwebs’ on Hull based Warren Records. The track went on to receive strong support from BBC Introducing and reached no 33 in the iTunes singer-songwriter chart.