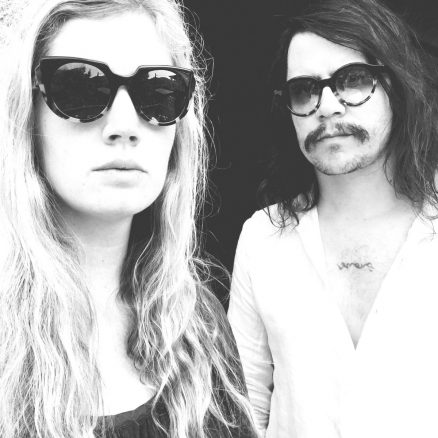 Peter Kernel is a Swiss Canadian art rock duo formed by graphic designer Aris Bassetti and film maker Barbara Lehnhoff.
“One of the most refreshing, out of the box, duo-bands to be releasing an extraordinary album as of late entitled. “The Size Of The Night”, is Peter Kernel an absolutely unique sounding anomaly. Based in between Canada and Switzerland, their release, bearing the image of Barbara’s childhood dog Arrow, is set to be unleashed to the world on March 9th 2018.
The core of Peter Kernel is Barbara Lehnhoff and Aris Bassetti, who met at the Visual Communications and Design School in Switzerland and despised each other for years. Eventually discovering each other’s talents they began a collaboration of music and song and fell in love.”
Read the full interview at http://louderthanwar.com/peter-kernel-interview/
“…ENERGETIC, PASSIONATE, MENACING, AND CHARMING. THESE SWISS SURE KNOW HOW TO THROW A PARTY…” – The VPME, UK
Other performers are still welcome, although slots will be limited and an earlier start will be necessary! Please arrive early if you would like to play.
Doors 8 pm
Free entry
This website uses cookies to improve user experience. Please confirm that you accept the use of cookies. More information can be found in our cookies policy. Find out more.