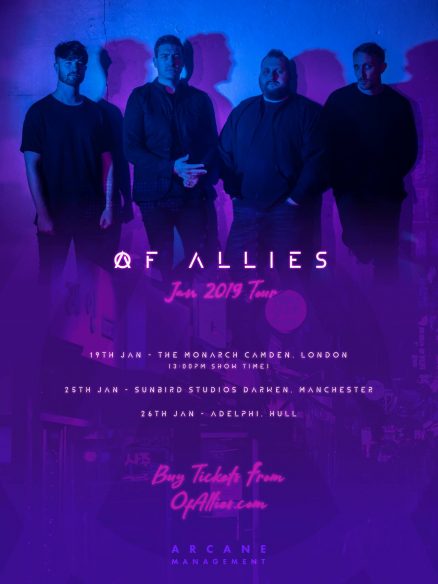 Of Allies are back with new music, new live set and new tour dates for 2019!

With 1 million streams on Spotify of their debut album, ‘Night Sky’, in the first month of release, Of Allies have smashed into the international rock scene with crushing force. 12 months later, and OA have racked up over 3 million streams.

Of Allies have already caught the eyes and ears of the British press, including Kerrang, Metal Hammer and Marshall Amps, as well as radio play on Huw Stephens’ Radio 1 show, Kerrang! Radio and BBC Introducing. 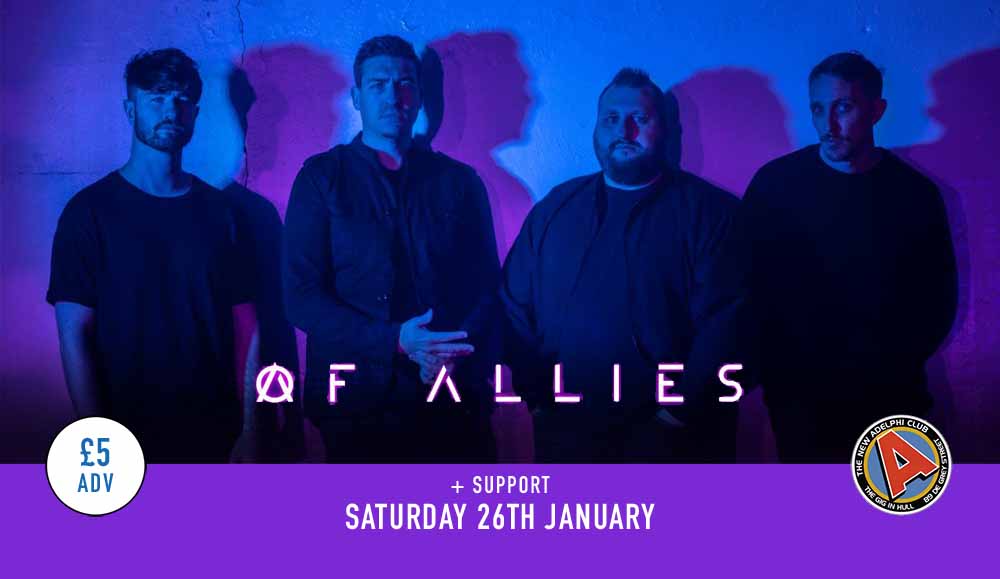