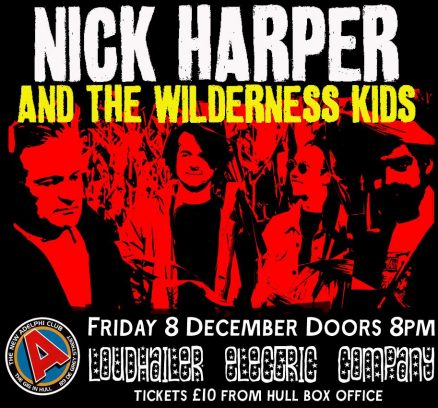 Known for his dazzling performances as a solo acoustic maestro, Nick has teamed up with acclaimed West Country space rock trio ‘Port Erin’ in another guise here as ‘The Wilderness Kids’ to explore his back catalogue of 12 CDs, playing songs previously unheard live and old favourites with a fantastic new twist.

Son of legendary Roy Harper, Nick Harper has been described as ‘One of the finest guitarists of his generation, his soaring vocal range and propensity for epic song place him somewhere between Rufus Wainwright and Jeff Buckley’ (Mojo).