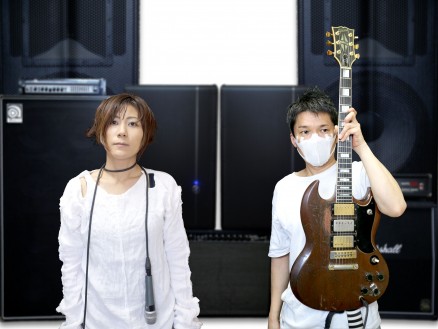 Melt-Banana is a Japanese noise rock band that is known for playing extremely fast grindcore and noise music mixed with experimental, electronica and pop-based song structures. Since forming in 1992 the band has released ten albums and toured worldwide extensively.

“After a six-year break from making studio albums, Melt-Banana’s new collection finds the group at their grinding, dissonant mid-90s prime. fetch is a bleeding-edge reiteration of the Japanese noise rock band’s fractured and manicured chaos.”

Since they started back in 1993, Melt-Banana have remained like an eye of a hurricane that’s 10 times crazier than the hurricane itself. One of the core bands to emerge from the same roiling soup that birthed art-damaged titans such as the Flying Luttenbachers and the Locust, the female-fronted Japanese group added a few twists to the genetic makeup of 90s noise rock. Japan’s own rich noise tradition was little more than a touchstone for Melt-Banana, and the group’s cryptic otherness elevated it above its peers.

“That Melt-Banana is making some of the best music of their career—over 20 years into the band’s existence—speaks to the universal and transcendent quality of their noise. The landscape of media, society, and even the microcosm of noise rock has changed greatly, but Onuki and Agata have locked jaws on the diametric constants: energy versus agitation, phobia versus euphoria, and instant nostalgia versus the relentless pursuit of the upgrade.” http://pitchfork.com/reviews/albums/18577-melt-banana-fetch/